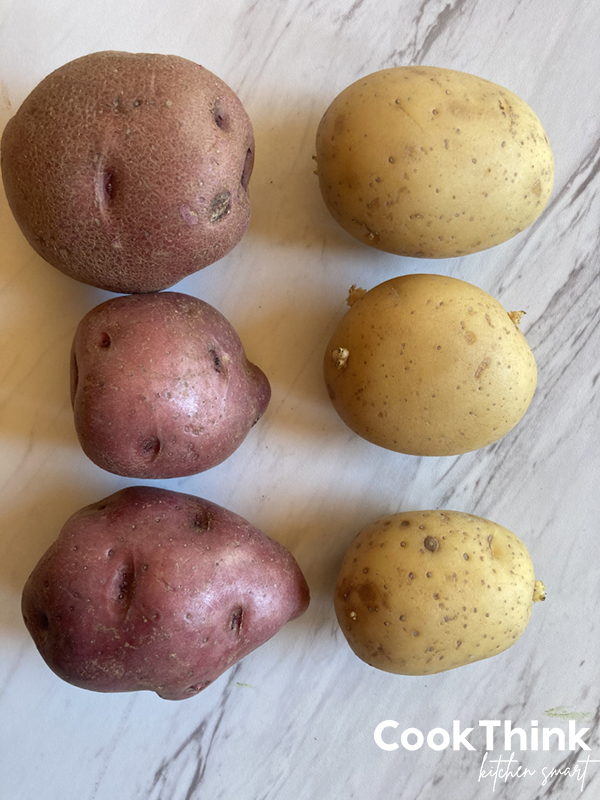 Is a potato a vegetable? Is it a fruit? Or, is it something totally different? A potato tends to be one of the more confusing items to classify and folks tend to not know what it is. In this post we’ll clear up any confusion you might have for how to classify a potato, the varieties of potatoes, the best ways to cook potatoes, and some of our favorite potato recipes.

Is a Potato a Fruit or Vegetable? | A Detailed Explanation

Following is a detailed explanation for generally speaking, as well as scientifically speaking of the details of a potato and how it’s classified.

Why Potatoes Are Vegetables

The potato (a starchy vegetable that grows underground) is an example of a vegetable tuber. Potatoes are a bit different in the way they grow and the edible portion that’s consumed.

While potatoes are not your typical leafy green vegetable, they do provide nutrients that are beneficial.

What is a Tuber?

A tuber vegetable is an underground plant part, such as a stem or root, that swells and stores nutrients. Some tubers, such as potatoes, double as vegetables and grow underground, but must be dug out when it’s time to harvest them.

What is a Potato?

Is a potato a fruit or vegetable? Often people are confused as to the classification of a potato. However, a potato is actually a tuber vegetable.

Why People Mistake Potatoes for Fruit

A fruit is a part of a plant that develops from a flower and creates seed. This is not true of a potato. Therefore, a potato is not a fruit.

Is a Sweet Potato a Vegetable?

What Is the Difference Between a Potato and a Sweet Potato?

In our opinion potatoes are unique because they’re formally known as tubers.

What is a Fruit?

Generally speaking, a fruit is defined as a generally sweet, fleshy product that grows on a bush, tree, or other plant and can be eaten raw.

Scientifically speaking, a fruit is the structure that includes seeds, it grows on a plant from the ovary after the plant flowers. Fruits are how flowering plants distribute their seeds.

What is a Vegetable?

What is the definition of a vegetable? Generally speaking, a vegetable is the edible portion of a plant eaten as food by humans or animals. It can include leaves, stems, bulbs, flowers, tubers, and roots.

Are Potatoes a Carb?

Potatoes are a carbohydrate or starchy root vegetable also known as a healthy carb. When the skin is eaten, they’re considered high in fiber, low in calories, and include vitamins and minerals that are good for you.

Yes, the starch breaks down into sugar when a potato is consumed, but they also contain almost every valuable vitamin and mineral needed for human life.

Nutritional Value of a Potato

Are Potatoes Good for You?

Whether potatoes are good for you can partly depend on your dietary restrictions. But here are some health benefits of potatoes.

Heart Health. Potatoes are low in calories and high in fiber. They are also rich in Vitamin C, B6, potassium, and low in cholesterol. This combination helps to lessen the chances of cardiovascular disease.

Improves Immunity.  Because they’re rich in Vitamin C, potatoes can be used to help combat colds as a home remedy.

Potatoes Aren’t Necessarily Bad for You

They are, however, a good source of energy, fiber, potassium and other vitamins and minerals.

The main difference between starchy versus non-starchy vegetables is that starchy ones have a greater carbohydrate content than non-starchy ones.  Here are a few examples:

Starchy vegetables contain around 3-4 more times the carbohydrates than the non-starchy kinds.

There are many varieties and types of potatoes and root vegetables similar to potatoes that are available for cooking and eating. Here are a few of the more popular varieties.

Following is a list of what we consider the best ways to cook potatoes. Which methods are your favorites?

Potatoes can also be cooked in the microwave, but we don’t recommend this method as one of the best ways to cook them. Potatoes in the microwave usually come out somewhat dried or shriveled. At least that’s been our experience.

How To Serve Potatoes

There are so many ways you can serve potatoes. We think they’re one of the most versatile foods as far as the number of ways they can be prepared.  Here are some of the many ideas for how to serve potatoes:

Click on the methods above for our favorite recipe for each one.

Following are frequently asked questions about is a potato a vegetable. If you have a question that’s not answered here, feel free to drop your question in the comments box below and we’ll be happy to answer it.

Are mashed potatoes a vegetable?

If they’re made from yellow potatoes, red potatoes, white potatoes or any of the common potato types, then most likely they’re tubers.

Is a potato a vegetable or grain?

A potato, scientifically speaking, is neither a vegetable or a grain. It is a tuber.

Is a sweet potato a vegetable?

Yes, a sweet potato is defined is a vegetable.

Is a potato a vegetable or a tuber?

Most potato varieties are defined as a tuber.

Why isn’t a potato a vegetable?

Potatoes aren’t solely a vegetable. More specifically, they are tubers which are a type of root vegetables. 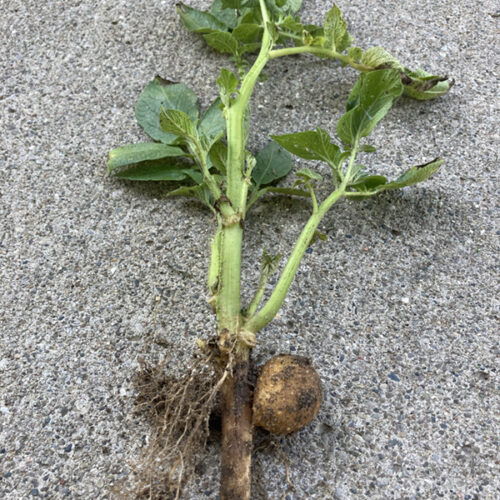 Is a Potato a Vegetable

Following is a detailed explanation for generally speaking, as well as scientifically speaking of the details of a potato and how it’s classified.
Print Recipe
Prep Time 5 mins
Total Time 5 mins
Cuisine vegetable
Calories 131 kcal

What is a Vegetable?

What is a Tuber?

What is a Potato?