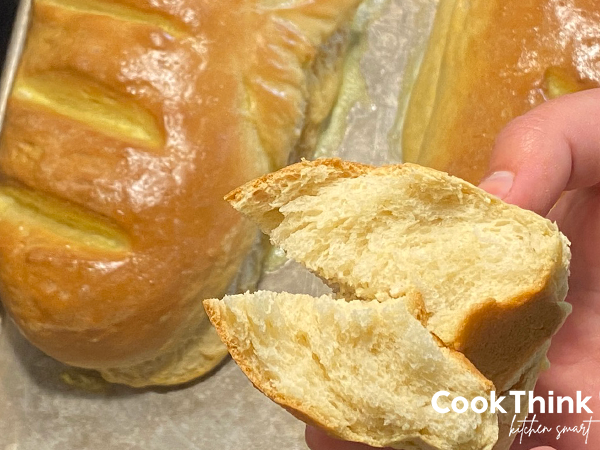 Nothing quite compares to the deliciousness of French bread. But have you ever tried making homemade French bread? Here we are going to learn all about how to make your own French bread, French Bread Calories, as well as so much more!

French bread is known in America as a long stick of bread. Depending on the type, it may or may not have a thick, crusted outside. Often in the U.S. you will find French bread that is similar to the shape and look of a baguette, but it is slightly thicker and has iconic slash marks across the top. The bread those of us in America may know as French bread is often known in France as a baguette or Vienna bread.

Sometimes making your own yeast bread is thought to be intimidating, however making your own homemade French bread is quite a simple process. You can make delicious bread in one hour following the recipe included here.

The ingredient list that you will need to make homemade French bread are quite simple. You will need:

Follow these instructions below, and you will have some delicious, warm bread to enjoy about an hour from now!

In a mixing bowl, add warm water. It should be between 90 to 100 degrees Fahrenheit. Be sure that your water is not too warm or too cold before moving on. Add instant yeast and sugar. Mix just until the yeast is dissolved. Allow mixture to sit for 5 minutes. After this time has passed, it will have increased in size and should become foamy in appearance.

After 5 minutes, add vegetable oil, salt, egg, and flour. Do not mix until all of the ingredients have been added, and then mix until combined. The dough should begin to gather on your beater. Turn the mixer off, remove the dough, and coat bowl with oil. Place the dough back into the bowl and form into a ball.

Place the dough on your counter, cover with a damp towel and allow to rise for 15 minutes.

Remove the towel and punch the dough down. Divide into two balls and shape dough into two long loves. Place your dough onto a lightly greased baking pan and cut diagonal slits across the top of each loaf.

Preheat your oven to 375°F. While the oven is preheating, allow your dough to rise. Once your oven has reached 375°F, immediately place your loaves into the oven and bake for 23 to 25 minutes. Note: You do not want to allow your loaves to rise too long as they will overproof.

Once a toothpick comes out clean, remove loaves from your oven. Prepare an egg wash by combining one egg white with 1 Tablespoon water, mixing, and brushing the top of each loaf with egg wash. Bake for an additional 3 to 5 minutes.

Remove from oven, and place pan on a wire rack to cool. Allow to cool for at least 5 minutes before slicing and serving your delicious, warm bread. Enjoy!

The two ingredients contained in this recipe that may cause concern for people with allergies are salt and flour. Because of these ingredients, people who have diet concerns with sodium, flour, wheat, and gluten should be aware, and substitute ingredients as necessary.

Nutrition Information for One Piece of French Bread

In this recipe, we estimate that one loaf of bread will serve eight people, or two loaves serving sixteen people. Therefore, when a serving size is referenced regarding our recipe for French bread, it refers to 1/8th of a loaf.

Homemade French bread has several different vitamins and minerals included in it. Some of them are 9mg of calcium, and 80mg of potassium.

In our recipe for homemade French bread, there is a total of 34.9g of total carbohydrates. 1.5g being dietary fiber and 1.6g total sugars. One slice of bread also contains 5.2g of protein.

Carbohydrates can vary depending upon the specific French bread. Some have more, while others have less. This recipe falls on the lower end of total carbohydrates contained in French Bread. This specific recipe has a total estimated amount of carbohydrates of 34.9g, 1.5g being dietary fiber and 1.6g made up of total sugars. This is compared to store-bought which can range anywhere from 25g to 64g, depending on the type you buy.

If you are strictly watching your sodium intake, then it is good to be aware that there are 295 grams of sodium in one serving of bread. This makes up 13% of a person’s total daily value.

One serving size of homemade French bread contains 2 milligrams of iron. This makes up 12% of your total daily intake amount that you are recommended to have.

Now that you know all of the French bread nutrition included in homemade French bread, let’s take a look at how homemade bread stacks up against other kinds of French bread.

How Many Calories in Tescos French Bread Baguette

French bread for clubs and slims contain 14.8 g of protein

Jimmy John’s three types of bread do not contain cholesterol.

How long would it take to burn off 170 KCal?

In summary, homemade French bread is one of the easiest yeast breads you can make in your own kitchen. It does not require a long time to proof and rise, but only a short time. Homemade French bread can hold its own for nutritional value and calories it contains when compared to common store-bought kinds. To top it all off, when you make your own French bread, you get to have a slice when it tastes the absolute best, fresh out of the oven! Try making your own today and let us know what you think!

Have you ever made your own yeast bread?

What is your favorite yeast bread to make at home?

How to Use French Bread:

Other Types of Bread:

Peanut Butter Cookie Calories: So Good They Melt In Your Mouth 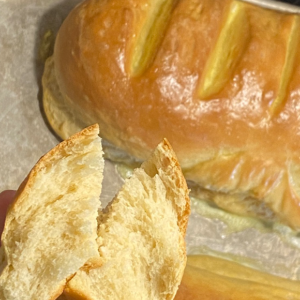 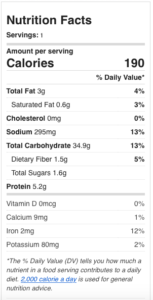 Calories: 190kcal
Tried this recipe?Please leave a message in the comment box below to let us know. Or post a picture on social media and mention @CookThink or tag #CookThink!
Share Email Pin Recipe