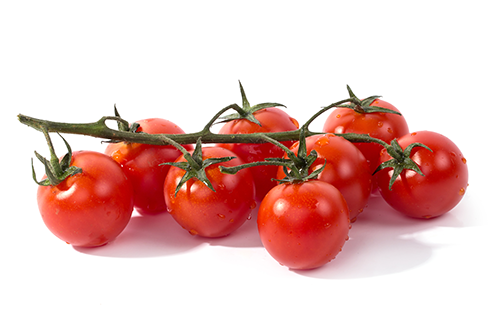 What Makes A Tomato An Heirloom Tomato? Learn all about heirloom tomatoes, what qualifies them as such, what the benefits of them are, and more!

To begin, let’s define an heirloom. Perhaps you have heard of a family heirloom, it usually means something that is really old and has been passed down from generation to generation. These items usually are something that is either of sentimental value or monetary value.

What Makes A Tomato An Heirloom?

The two main types of tomatoes are heirloom and hybrid tomatoes. An heirloom tomato plant is something that has not been genetically modified. As it has been grown over the years, the plant has not been changed. It is true to its type. With an heirloom tomato plant, if you plant a Quarter Century tomato plant, that is the kind you will get. It will not revert to anything in its parent gene because the only thing in its genes are Quarter Century tomatoes. No matter if the tomato plant stays within the same family for generations or is passed around, the fact that it is what it is and it has never been combined with anything else, makes it a heirloom plant.

Heirloom tomato plants are also easier to re-grow from year to year. While hybrid seeds can be re-grown each year into some form, heirloom seeds are more likely to re-grow if you save the seeds from one year and re-plant them the next year.

Heirloom plants that have continued to be the same from generation to generation are in contrast to hybrid tomato plants. Hybrid tomatoes are much more common, as they are the way of the modern seed industry. A hybrid plant is one plant that has been genetically modified and historically came from two or more types of plants. As these seeds grow each year, they will most likely revert to a parent plant. These types of plants do not stay true to form throughout the generations.

There is one exception to hybrid seeds reverting to one of their parent types. That is hybrid seeds that have been stabilized. This is when they have gone through a process that maintains the seeds to keep them consistent from generation to generation, so that they will not revert to another form, but will continue to re-grow in their current form.

How Old Until An Heirloom

There is a debate about how old a plant has to be before it is considered an heirloom. Some argue that the tomato must have originated before 1940 in order to be considered. Others argue that it has to do with the genetics of the plant. If you wish, to voice your opinion, visit Gardenweb’s Growing Tomatoes forum.

No matter if a tomato is an heirloom or a hybrid, tomatoes are one of our favorites! Especially garden fresh ones. Can’t you just taste them now?

What do you prefer, heirloom or hybrid tomatoes, and why?

Be sure to check out some of our recipes including tomatoes! One of our favorites is Sliced Tomatoes With Olive Oil, Salt And Pepper. Also try this amazing recipe for Fresh Whipped Cream!