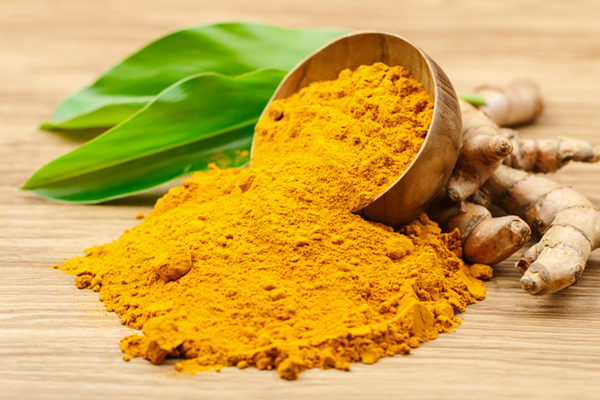 What does turmeric taste like? Is it spicy? We’ll give you all the flavor dimensions that are present in turmeric, along with the health benefits, how to store it, and any related frequently asked questions.

What Is Turmeric, Anyway?

Turmeric is often classified as a common spice that comes from the root or rhizome of Curcuma longa. Turmeric is a main ingredient in curry.

If you’ve never tasted turmeric, you probably wonder what exactly does turmeric taste like. Will I like it? Is it spicy? Is it going to make my food taste bad? Here are the pungent flavors to plan on when eating turmeric.

Bitter. A bitter flavor is likely the most predominant flavor you’ll experience when eating turmeric. To compensate for the bitterness, sometimes people like to add a bit of a sweetener such as maple syrup to help diffuse the bitterness.

Sour. Turmeric has a sour flavor. Whether eaten raw or in a powdered form, the sour flavor is present.

Woody. As the turmeric is present for a bit, you’ll begin to notice a somewhat woody or earthy flavor. This flavor is a little more subtle than the first two flavors.

Horseradish. Some folks say a horseradish flavor is present in turmeric. And like horseradish, turmeric is a rhizome.

Citrus. The last flavor we want to make mention of is the presence of a citrusy flavor in turmeric. Even though it’s more subtle, it’s there enough that you’ll notice it.

When turmeric is cooked, you can still notice all 5 flavors present in it, though they are slightly toned down.

Our recommendation if you’re not fond of the flavor of turmeric is to add other spices to compensate for the bitter flavor.

Adding items such as garlic and ginger can help for neutralization and better flavor enhancement.

Some suggest that turmeric can’t be eaten uncooked, but it is indeed safe to eat in its raw form. However, the flavors will be even more pungent and it’s possible that you’ll make the decision right then and there that turmeric tastes disgusting.

Finding and Choosing Turmeric at The Grocery Store

In the United States, turmeric is most frequently found in the powdered form. It’s challenging to find fresh turmeric in the grocery store unless you go to an ethnic food specialty store.

Some ways turmeric can be purchased include:

Ground or dried turmeric can be used in a variety of dishes such as curry, soups, stews, salad dressings, vegetables, and meats.

The great thing about dried turmeric is its shelf life. It lasts longer and can be stored in a convenient location such as a pantry for up to a year.

Fresh turmeric can be harder to find in grocery stores in the United States. It has a more pungent flavor, especially in its raw form.

How to Substitute Fresh Turmeric for Dried

To substitute fresh turmeric for dried, use 1 tablespoon fresh per 1 teaspoon dried.

Ways To Use Turmeric

What can you make with turmeric? There are many ways that turmeric can be used in foods such as:

In smoothies and juices. You can sweeten with maple syrup if the flavor is too bitter.

How To Store Turmeric Powder and Root

Dried Turmeric Powder. Like most other spices, dried turmeric keeps well in a cool, dark place, such as a pantry for up to a year.

Turmeric Root. Fresh turmeric root can be kept in an airtight container or plastic storage bag in the refrigerator for up to 2 weeks.

It can also be wrapped tightly in plastic wrap to keep air from getting to its surface.

What are the health benefits of turmeric? As is the case with many plant-based foods, there are nutritional benefits that consuming turmeric can provide. Some of those benefits include the following.

Curcumin has proven to be the active ingredient in turmeric that provides these various properties. It is promoted as a dietary supplement for a variety of natural treatments.

How Can One Describe the Taste of Turmeric?

Bitter. That’s the main way turmeric is described as far as its flavor is concerned. Others refer to it as earthy, musky, and peppery. We wouldn’t say it quite fits the classification of being spicy.

Turmeric is a gnarly rhizome that is root like in structure. The thin skin of turmeric rhizome is orange-brown in color. And the inside is a yellow-orange color.

Following are frequently asked questions that relate to what does turmeric taste like? If you have a question that’s not answered here, please feel free to drop it to us in the comments box below and we’ll be happy to answer it.

Is turmeric the same as curcumin?

Cucumin is the active ingredient in the turmeric. It’s what gives it its distinct color and flavor and is what gives the turmeric its antioxidant and anti-inflammatory properties.

Turmeric is better described as being slightly bitter, but most say it’s not too spicy.

Can I use turmeric for face?

Turmeric has been known for helping to minimize acne and can be used as a face mask to help improve skin conditions.

How to make turmeric tea?

To make a cup of turmeric tea, use 1/2 tsp ground turmeric, 1 tsp maple syrup, and 1 cup of boiling water.