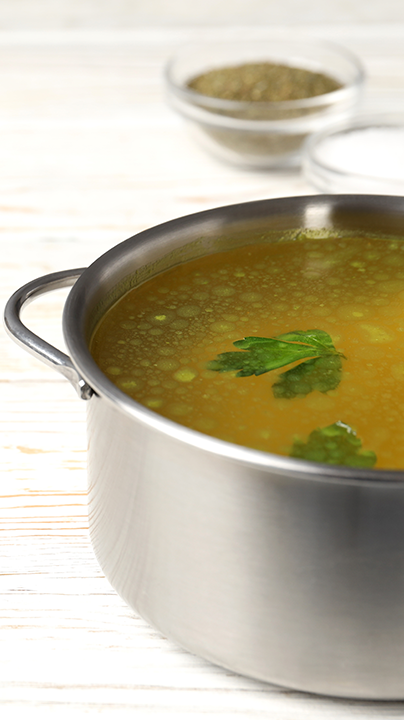 Can you Boil Frozen Chicken?

You won’t miss a thing below, because this recipe with tips and tricks will help you to make dinner quickly when you haven’t planned ahead. It comes in very handy!

Can you still boil chicken while it is frozen? Actually, you can! There are a few things to keep in mind when boiling frozen chicken, and how specifically it should be kept. But the straightforward answer is yes, you can boil frozen chicken.

Can You Boil Frozen Chicken and For How Long?

Surprisingly you can boil the frozen chicken. When boiling frozen chicken, it is important that your chicken warm quickly, and remain at an active boil until your meat is cooked throughout the entire piece. The internal temperature of your pieces of chicken should be at least 165°F to be considered done.

So how long will it take to boil your chicken from its frozen state? The USDA reminds us that there is a time difference when cooking chicken from a frozen state as opposed to boiling thawed chicken. Keep in mind that when you boil frozen chicken, it will take approximately one and a half times the amount of time it takes to cook thawed chicken.

For example, if you are chicken usually takes one hour to fully cook at a boil, when you boil frozen chicken plan on it taking at least one and ½ hours to fully cook.

Let’s look at the specifics of how you can go about boiling frozen chicken and have it turn out delicious. Below we will cover what are the ingredients you will need, as well as suggested seasonings and equipment.

What do you need?

How to Boil Frozen Chicken

If you’re frustrated with having your chicken turn out dry, boiling your chicken is a great way for it to stay nice and moist. Plus it doesn’t take very long for your chicken to cook. Below are some step-by-step instructions on how you can boil chicken so that it turns out delicious.

How to Boil Chicken Breasts: Our No-Fail Technique for Juicy Chicken

We recommend using water mixed with chicken bouillon cubes. Typically, you want to use enough water to cover your pieces of chicken, and one to two bouillon cubes.

If you’re making a lot of boiled chicken, then you won’t want to increase the amount of water and bouillon cubes included. However, if you would rather, you could also use water and chicken broth rather than bouillon.

Place your frozen chicken in a large pot and cover with water. Allow at least ½ inch of water extra. Add one to two cubes of chicken bouillon to your water.

We also recommend adding garlic salt, seasoning salt, and a bit of pepper to your water. You can add any other seasonings you desire to the water as well.

Allow your chicken to come to a rolling boil, and continue to simmer for approximately 20 to 30 minutes or until the internal temperature reaches 165°F. The amount of time it takes for your frozen chicken to completely boil may vary depending on the size of your chicken.

Fresh bone-in and skin on: at least 30 minutes + depending on how big the pieces are

Once your chicken has fully boiled so that the internal temperature reaches at least 165°F, you can remove the pan from your burner. Drain the liquid, and slice or shred your cooked chicken. Serve however you wish and enjoy!

How to Cook Frozen Chicken Safely

It is important that frozen chicken does not remain in the danger zone for an extended amount of time. Because of this, it is okay to bake, air fry, or boil chicken on your stove top from a frozen state. However, it is not a good idea to cook frozen chicken in a slow cooker, as it has a tendency for your chicken to remain in the danger zone (between 40°F to 140°F) for too long.

How to Thaw Frozen Chicken

Use a Stovetop to Boil Frozen Chicken

The most common way to boil frozen chicken is on your stove top in a deep pan. This allows your chicken to cook quickly and keeps it moist.

You Can Also Use Instant Pot to Boil Frozen Chicken

You can also use your instant pot as another way to boil frozen chicken. When you do this be careful and keep a close eye on it. However, the overall concept is similar to using the stovetop.

Use the Oven to Boil and Cook Frozen Chicken

You can also use a casserole dish, place your chicken evenly spaced in your dish, and cover with your water, bouillon cubes, or chicken broth, and seasonings. Then bake at 375°F until the internal temperature of your chicken reaches at least 165°F.

The main thing to keep in mind when boiling frozen chicken is that you should be boiling individual pieces, rather than large clumps of chicken that are stuck together. When your pieces are separated, they will cook much more evenly, and cook faster.

A general rule of thumb when dealing with frozen chicken is to add 50% more cooking time to your preparation time. Because the meat is frozen, it’s estimated that it will take 1 ½ the amount of time your recipe suggests.

What Not to Do When Cooking Chicken

Because of this, it is not a good idea to use your crockpot or slow cooker to cook frozen chicken. Instead, try cooking your frozen chicken by baking it, air frying it, cooking in a skillet, or boiling it. These other cooking methods are much safer.

How To Store and Reheat Boiled Chicken

Room Temperature. Whether your chicken is frozen, thawed, or cooked it should not remain at room temperature any more than two hours before storing it in the fridge or freezer.

Freezer. Your leftover cooked chicken can also be frozen if you wish to keep it for a longer amount of time. In order to freeze, transfer it to irritate container, or seal it securely in a plastic freezer bag. Place it in the freezer at 0°F or below for up to four months.

How do I freeze boiled chicken?

The best way to freeze boiled chicken, is to allow it to cool slightly and then transfer it to an airtight container, a freezer bag, or wrap it securely in freezer wrap and then place it into a freezer bag. Place into the freezer at 0°F or below for up to four months.

What’s the white stuff floating in the water?

This white stuff is a normal part of boiling chicken. It’s the protein from the chicken that is being pulled apart as the meat cooks and shrinks. Don’t worry about the floaties, you can simply scrape them away from the edge of your pan or leave them until your chicken is finished cooking.

Is it Safer to Defrost it First?

If you’re going to cook the chicken right away, then it might be a good idea to defrost your chicken first. However, when you defrost chicken, you run the risk of chicken sitting in the danger zone which is when it goes above 40°F but it’s not cooking fast enough, and that even the risk of growing bacteria.

Because of this, if you’re not going to cook your chicken right away, simply store your frozen chicken in the refrigerator until you’re ready to cook. Visit “How Long Can Thawed Chicken Stay In Fridge” for details.

It is not recommended that you use a slow cooker or crockpot to cook frozen chicken. This is because it runs the risk of sitting between 40°F and 140°F for too long.

What to do with the leftover broth?

There are all kinds of things you can do with the leftover broth if you wish. Save it for soup, make some gravy, and much more! It all depends on what you desire to make with it.

How to store the cooked meat?

Cooked meat can be stored in an airtight container and placed in the refrigerator for up to 3 to 4 days. After that your chicken should either be thrown away or frozen for up to four months.

How to use the boiled chicken?

Boiled chicken can be used in many different ways. You can shred the chicken or slice it and include it in casseroles, eat it plain, make chicken salad with it, and much more. You can pretty much use boiled chicken any way you wish.

Eating healthy should still be delicious

Boiling frozen chicken is an easy and healthy way to prepare your meat. You can make boiled chicken into whatever you desire, but this allows you to prepare your chicken so that it is nice and juicy, without adding extra fats. Boiling chicken allows you to make dinner quickly and have it turn out very tasty.

Can You Cook Frozen Chicken Without Thawing It?

In answer to can you boil frozen chicken, the answer is yes, simply be careful when doing this. You want to be sure to boil your chicken on the stovetop, in the oven, in the air fryer, or using the Insta pot.

Avoid using a slow cooker to cook frozen chicken. Simply boil your frozen chicken quickly so that it comes to temperature and reaches an internal temperature of 165°F and does not spend much time in the danger zone.

Give our delicious boiled frozen chicken recipe a try, for an easy and delicious dinner recipe!

When you just need chicken but don’t have time, try this recipe!

Sign up for our email list so that you never miss a helpful kitchen tip or delicious recipe!

PIN This For Later! 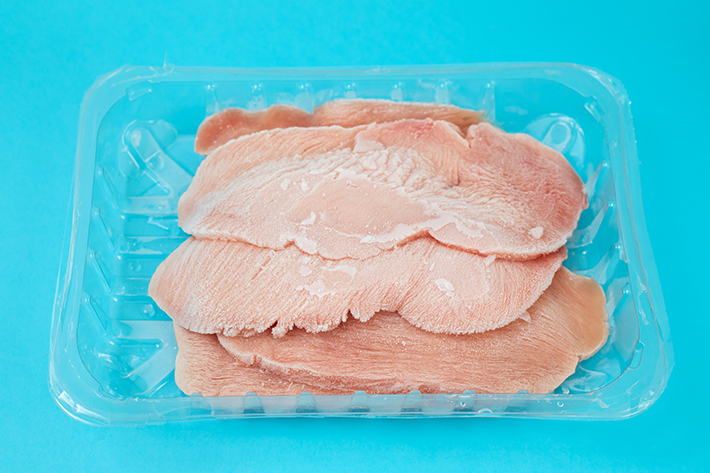 Can you boil frozen chicken?

1 thought on “Can You Boil Frozen Chicken? Find Out Here!”