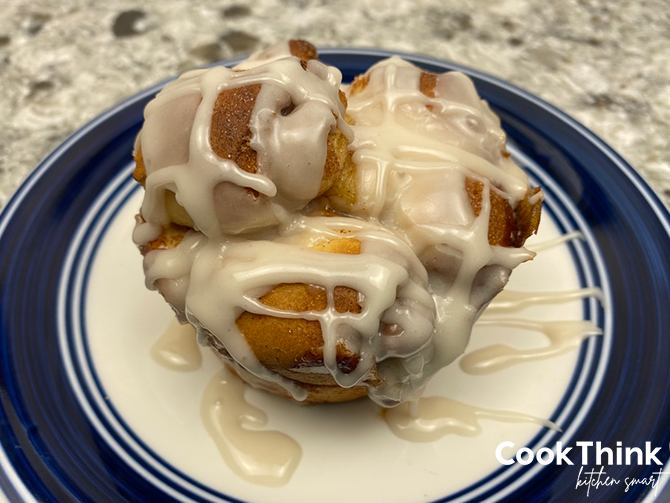 There are two main ways to make these easy and delicious Cinnamon melts that are a copycat recipe based on the bakery item that McDonald’s used to sell. We are going to focus primarily on making these cinnamon melts from scratch, which give you the best flavor and texture. But we will also share an easy shortcut you can use to make these if you are in a hurry. First, let’s learn what exactly cinnamon melts are.

Making the dough for cinnamon melts is very simple, you can make a basic sweet yeast dough from scratch. I personally think this method will give you the best possible results, as far as overall taste, texture, and longevity. Don’t worry, we will walk you through the process of making this dough so that it is not an intimidating process for you. Or if you prefer a super-simple method, you can also use a can of pre-made biscuits in place of the dough from scratch. Stay tuned, as we will walk you through the process in the instructions for copycat McDonald’s cinnamon melts below. First, there are a few things you will need to have on hand, to make this recipe from scratch.

Roll 1/3 of your dough out onto a flat surface. Top with 1/3 of your soft butter, and then sprinkle with brown sugar and cinnamon. Spread the sugar/cinnamon mixture out so that it covers the top of your dough evenly.

Using a pizza cutter, cut the dough into rows and columns, so that each piece is about 1 inch wide by 1 ½ inches long. Spray your muffin tins with cooking spray.

Roll each piece of dough, into a mini roll-up. Place them into the muffin tins, until they are filled almost full. Cover and let rise for 1-1 ½ hours.

Once the dough has risen to be about double the size, place it in the oven and bake for 12-15 minutes. Or until a toothpick inserted in the center comes out clean. Remove and allow to cool.

Glaze. If you prefer, you may use a simple glaze recipe to top your cinnamon melts instead. To make this, simply combine 2 tsp milk, 1 tsp vanilla extract, and 2/3 cup powdered sugar. Stir to combine, then drizzle on top of warm cinnamon melts.

Canned Biscuits. In the place of the sweet dough recipe above, you may simply open a can of refrigerated biscuits, cut them into quarters, then add them into a mixing bowl. Add butter, cinnamon, and brown sugar mixture, stir until combine, then pour into prepared muffin tins, and bake according to instructions. Once baked, top with frosting as instructed above.

Based on an average serving size of 1/12 of the recipe given above, we calculate that one cinnamon melt will contain 554 calories. We also estimate that the total fat one of the cinnamon melts contains will be around 24.4g total fat. One melt will also contain an average of 94mg cholesterol, 406mg sodium, 76.5g carbohydrates, and 8.8g protein.

If you have allergies to food, please note that the suggested recipe above, contains milk, wheat, and eggs, in the ingredients list. Please substitute ingredients as needed, to fit your allergy needs.

While there are several reviews online for the cinnamon melts not being so great at McDonald’s when they were available for purchase. Our suggested copycat recipe, however, is quite delicious. These baked goods are the best when fresh from the oven, while still warm. They are warm, full of a sweet cinnamon and sugar taste, but made from bread that is light and fluffy. These are perfect for a breakfast or brunch treat when you are looking for something fun and different.

McDonald’s copycat cinnamon melts are very much like a cinnamon roll. If you are looking for more of a traditional treat, this recipe can easily be adapted to make cinnamon rolls instead of cinnamon melts. Simply prepare as instructed above, only roll the dough out flat, cover with butter, cinnamon, and brown sugar, then roll into a loaf shape. Cut into cinnamon rolls, then place into a round cake pan to bake instead of a muffin pan.

These copycat cinnamon melts make a delicious treat for any time of the day. Once you get the hang of making yeast sweet bread, these are easy to prepare. Everyone is going to enjoy these special treats.

Making your own copycat McDonalds cinnamon melts turn out even better than when you could find directly from the restaurants. If you want to enjoy the melt in your mouth taste, try enjoying these sweet treats when they are fresh from the oven.

Copycat McDonald’s cinnamon melts are simple, made from a basic sweet dough, rolled with a cinnamon and sugar mixture, then topped with a decadent cream cheese frosting, yet these treats taste wonderful. Try making your own today, and let us know what you think!

Did McDonald’s discontinue their cinnamon melts?

As of right now, yes.

When they carry them, yes, they are available all day.

Is McDonald’s getting cinnamon rolls?

Yes, they currently sell them.

What is a cinnamon melt at McDonald’s?

A cinnamon melt is a sweet bread that is cut into small pieces and swirled with butter, brown sugar, and cinnamon mixture. They are baked and topped with a cream cheese frosting.

They do not currently sell cinnamon melts.

They do currently serve cinnamon rolls.

They typically stop because they are not selling well.

Yes, they are not currently selling cinnamon melts.

Yes, they currently do.

They are okay. If you are looking for the best cinnamon rolls, these are not them.

McDonald’s does not currently sell cinnamelts.

Are McDonald’s cinnamon melts back?

What is in a McDonald’s cinnamon roll?

A cinnamon roll is a basic sweet bread that is rolled with a layer of butter, brown sugar, and cinnamon. It is then baked and topped with a drizzle of cream cheese frosting.

When they carry cinnamon melts, they are typically available all day.

Does McDonald’s still have cinnamon sticks?

Cinnamon sticks are not currently on McDonald’s menu in most locations.

More You Will Love: 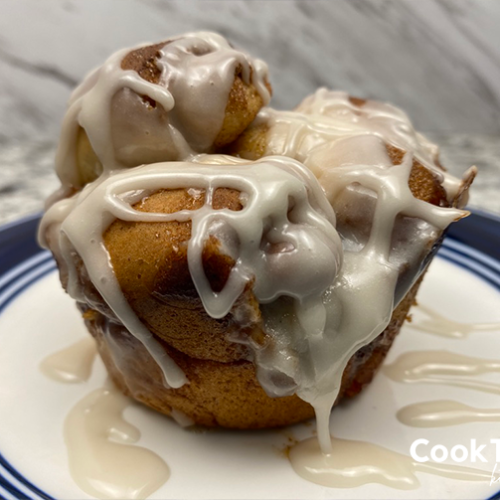 Glaze. If you prefer, you may use a simple glaze recipe to top your cinnamon melts instead. To make this, simply combine 2 tsp milk, 1 tsp vanilla extract, and 2/3 cup powdered sugar. Stir to combine, then drizzle on top of warm cinnamon melts. Canned Biscuits. In the place of the sweet dough recipe above, you may simply open a can of refrigerated biscuits, cut them into quarters, then add them into a mixing bowl. Add butter, cinnamon, and brown sugar mixture, stir until combine, then pour into prepared muffin tins, and bake according to instructions. Once baked, top with frosting as instructed above.
Tried this recipe?Please leave a message in the comment box below to let us know. Or post a picture on social media and mention @CookThink or tag #CookThink!
Share Email Pin Recipe