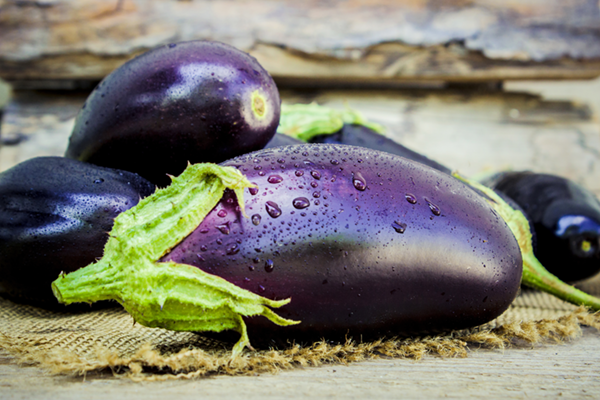 For most dishes, eggplant needs to be sliced before it’s cooked. Therefore it is important to know how to cut eggplant into slices. For eggplant, there are two main cuts that are used: rounds, which are great for almost every dish, and planks, which work particularly well for grilling or layered vegetable lasagnas.

When selecting the best eggplants, we suggest choosing the smallest ones you can find. They young eggplants are usually more tender and not as fibrous than the older, larger ones.

The round slices are the most basic cut. They’re perfect for broiling, classic dishes like eggplant parmesan, and even for grilling. Eggplants shrink when they’re cooked and lose a fair amount of moisture. To compensate for the shrinkage, cut the raw eggplant into pieces about twice as large as you want the cooked pieces to be.

You might also like:
Eggplant Napoleon
Do I Need To Salt An Eggplant Before Cooking It?
Grilled Eggplant
Eggplants Stuffed With Onions Tomatoes And Parsley

2 thoughts on “How To Cut Eggplant Into Slices”