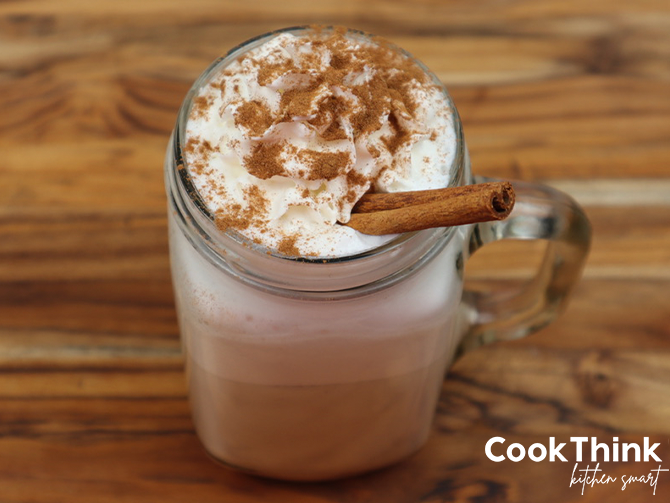 Cinnamon dolce latte is a lovely sweet and mellow drink that you get to enjoy any time you wish using our step-by-step recipe below. We are excited to share this recipe with you. This drink is surprisingly easy to make, and it tastes amazing.

What does Dolce mean?

In essence, dolce means soft and sweet. Dolce has both Spanish and Italian roots. In Spanish, the word typically refers to sweet treats, while in Italian, it can mean sweet or soft. Source

What Does a Starbucks Cinnamon Dolce Latte Taste Like?

Our copycat recipe, like the original Starbucks dolce latte, tastes like most lattes only this time with a hint of cinnamon. It has a delightfully sweet cinnamon flavor to it, which makes it so warm, sweet, and comforting.

Now, let’s look at how you can easily make your own homemade version of the Starbucks cinnamon dolce latte. It’s easy and tastes very much like the original.

Espresso or strong coffee. When making a latte, we do recommend that you use brewed espresso if you are able, but if you are not able you can use strong brewed coffee as well.

Milk. For this recipe, you can use your favorite type of milk, but we have found the best results are when you use whole milk.

Ground cinnamon. We recommend using the ground spice sprinkled on top of your latte for delicious garnish and flavoring.

Brown sugar. We recommend using light brown sugar in the cinnamon dolce syrup. If needed you may substitute it for dark brown sugar for a more molasses texture.

How to make Cinnamon Syrup

Place a saucepan over high heat and bring the mixture to a rolling boil. Decrease the heat and allow the mixture to simmer for 2 minutes or until the sugar is dissolved.

Remove from heat and allow the mixture to cool for five minutes. Then transfer the syrup to a container with a lid, preferably something like a glass jar.

Store in the fridge until you are ready to use, or for up to one week.

How to steam milk for lattes

There are a few different methods you could use to froth milk for lattes. The first is of course you can use a milk frothier, however, if you do not have one may use one of the following options.

First, heat your milk in a saucepan over medium heat on your stovetop. Warm the milk until it is steaming, but do not boil it.

Once the milk is warmed, add it to your French press.

Now take the French press plunger and push and pull it repeatedly until the milk doubles in volume.

Once the milk is fluffy, you can reheat it in the saucepan or add it to your drink.

Now to froth milk in a mason jar, you will want to use cold milk.

Pour the cold milk into the mason jar and seal it securely with a lid. Take the jar and shake it vigorously until the milk doubles in size.

Once the milk is doubled in size, pour it into a saucepan and heat it over medium heat until it begins to steam.

Add at least 2 tablespoons for every cup of brewed coffee into your coffee machine or double the amount you usually add for the same amount of water. Allow the coffee to brew.

How to put together this latte

Now that your syrup is ready, your milk is frothed, and your strong coffee is brewed, it’s time to assemble the latte.

Into your serving mug add your dolce cinnamon syrup, next add the shots of your brewed espresso or strong coffee. Pour in the warmed and frothed milk.

Top with whipped cream and sprinkle ground cinnamon as your garnish. Serve right away and enjoy!

How To Serve a Cinnamon Dolce Latte

The above recipe shows you how to enjoy a warm beverage. This drink is best made fresh and enjoyed right away. You can serve this drink with whipped cream and a garnish of ground cinnamon. And of course, the cinnamon dolce latte can be enjoyed any time of day.

In the fridge. If you happen to have any leftovers, they can be stored in an airtight container and placed in the fridge for 3 to 4 days.

On the stovetop. You can reheat this assembled drink in a saucepan on the stovetop if desired. This is our preferred method.

In the microwave. Although less desirable, you can reheat your latte in the microwave if needed. Be sure to transfer to a microwave-safe cup before reheating.

Make your cinnamon dolce syrup ahead of time. We recommend that you make the syrup in advance and keep it in the fridge so that it is on hand when you’re ready to make the latte.

What Goes With a Starbucks Cinnamon Dolce Latte?

What goes with Starbucks cinnamon dolce latte? We think a better question might be what doesn’t go with it?!!

You can enjoy our copycat Starbucks cinnamon dolce latte recipe any time of day. Here are a few of our favorites to serve alongside this latte.

Learn How to Toast Bread in Oven

Not only can you enjoy this latte one, but you can also make it cold as well.

You can easily enjoy an iced cinnamon dolce latte. To do this we recommend making your espresso or strong brewed coffee in advance and storing it in the fridge.

Then once the cinnamon dolce syrup has been made and cold, you can assemble the drink. Begin by frothing the milk using cold milk, either in a French press or shaking it in a mason jar.

Once the milk is froth, add ice into your serving glass, then add your cinnamon dolce syrup, chilled strong coffee or espresso, cold milk, and top your iced cinnamon dolce latte with whip cream and ground cinnamon.

What is the difference between a chilled cinnamon dolce latte and an iced one? The main difference is that you can throw the cinnamon dolce syrup, ice, chilled espresso or strong coffee, and cold milk in a blender. Then blend this drink into a smoothie-like drink, top with whip cream, and ground cinnamon. Enjoy!

What is a cinnamon dolce latte?

A cinnamon dolce latte is a latte made with sweetened syrup featuring cinnamon. Like most lattes, this drink is made with frost milk and espresso shots, but unlike other lattes, it is sweetened using a syrup made from sugar and ground cinnamon. It is also served with a garnish of ground cinnamon and whipped cream.

A cinnamon dolce latte taste like most lattes only including a hint of cinnamon which makes it taste fabulous.

Does a cinnamon dolce latte have caffeine?

What does cinnamon dolce mean?

Cinnamon dolce refers to a sweet cinnamon drink or snack.

Can I make a latte without espresso?

Yes, if you do not have a spray so you can brew strong coffee instead of espresso. Simply double the amount of coffee grounds you usually include with the same amount of water.

Can You Make this Drink Non-Dairy?

You can make this drink non-dairy as long as you use a non-dairy milk substitute. Please note that depending upon what milk substitute you use the latte may not be as frothy as it otherwise would be.

Making a homemade copycat version of the Starbucks cinnamon dolce latte has never been easier nor more delicious than it is now with our simple recipe.

We are so excited to share this recipe with you and hope that you will give it a try. Be sure to comment below and let us know what you think! 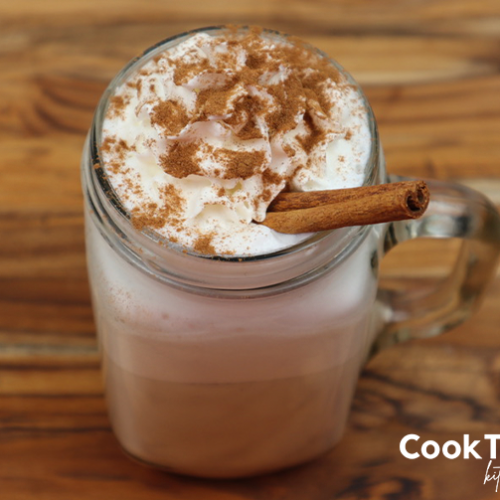 How to make cinnamon syrup

How to steam milk for lattes

How to put together this latte

PIN it for Later!