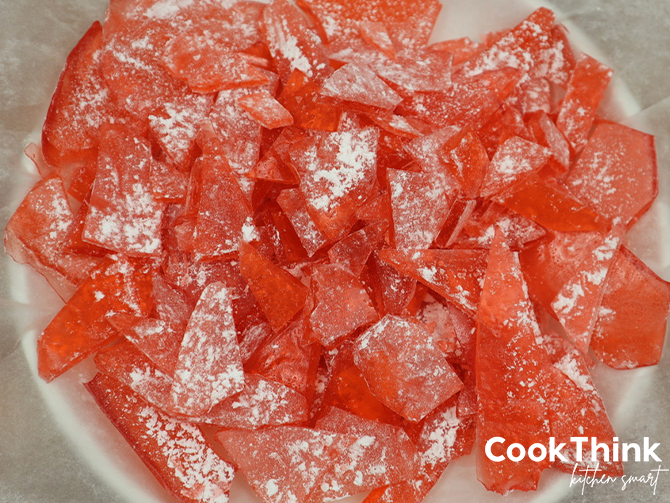 Cinnamon candy does not have to be complicated. In fact, with our easy recipe, we will walk you through the simple step-by-step process with tips and tricks to help you succeed in making fabulous cinnamon candy that everyone will enjoy.

Making homemade cinnamon hard candy always makes us feel so nostalgic for that old-fashioned feeling. Our delicious cinnamon candy recipe is based on the old-fashioned candy classic but can be enjoyed for any occasion.

Although we typically think of making this recipe for a special occasion such as Christmas, Valentine’s Day, or other special days throughout the year, making this homemade recipe can be done anytime, and without a specific reason.

Why This Cinnamon Hard Candy is the Best

Homemade cinnamon candy is amazing, and surprisingly not all that difficult to make. We are excited to walk you through its step-by-step process of how you can easily make your own cinnamon hard candy.

It may not be as difficult as you think. The key to having your candy turn out is to have a thermometer on hand so you are sure the mixture reaches the necessary temperature before removing it from the burner. This enables your candy to turn out amazing each and every time.

Let’s begin by looking at what ingredients you will need for this recipe.

Light corn syrup. Light corn syrup is essential for the recipe. You can use brands such as Karo syrup, or any store brand, but make sure that it is light rather than dark. You can tell if it’s light corn syrup because it should be clear, and the label should describe it as such.

Sugar. Granulated sugar is also used in this recipe. We do recommend that you use granulated sugar rather than any other type of sugar for the best result.

Water. Cold water will heat fast and is essential in the recipe.

Food coloring. Food coloring is optional, but we do recommend adding it for visual appeal. Red food coloring is usually what is used for this recipe, but it is entirely up to you what color you make the candy.

Cinnamon oil. Cinnamon oil is used to flavor this candy. You may substitute it for another flavor if desired. Cinnamon oil can be found at most large grocery stores or it can be ordered online. Make sure that you are using cinnamon oil that can be consumed.

Powdered sugar. A little bit of powdered sugar is used on your candy once it is made to help it become less sticky and to add color differences to each piece. It also helps to make it easier to handle.

How to Make Cinnamon Candy

To begin making the candy, we recommend preparing your pan for the candy. You can either grease a cookie sheet, or line the cookie sheet with parchment paper and then lightly grease it. Either way will work. The main purpose is to help prevent the candy from sticking to your pan.

In a saucepan, add light corn syrup, granulated sugar, and water. Stir together then place the pan over medium-high heat.

Over medium-high heat, stirring occasionally, bring the mixture to a boil. Using a candy thermometer, monitor the temperature of your mixture as it boils.

Remove the sugar mix from the burner and add cinnamon oil and food coloring. Stir to combine.

Pour your hot candy mixture into your prepared pan right away, so that it does not begin to harden on you. Allow it to sit at room temperature until hard.

Once the candy is hard, you can dust it with powdered sugar.

Using a butter knife crack the candy into pieces. Now you are ready to serve and enjoy!

The main trick for making candy is to be sure to stir your sugar mixture often, and heat the mixture high enough so that it reaches the hard crack stage.

If you are stirring the mixture, ensure that it reaches at least 300°F or 149°C on your thermometer, your candy will turn out amazing.

Hard crack stage. The hard crack stage is when your sugar mixture reaches 300°F to 310°F. If you do not have a candy thermometer to monitor the temperature, you can also tell when this stage is reached by dropping a small amount of your sugar syrup into a glass of cold water.

When the correct temperature is reached, the sugar syrup will form into hard, yet brittle threads in the cold water.

Cinnamon candy is best enjoyed as a snack or dessert, once the candy has hardened, been dusted with powdered sugar, and cracked into small pieces.

How to Store Cinnamon Rock Candy

Avoid moisture and humidity. The key to storing hard cinnamon candy is to avoid exposure to humidity and moisture. For the best storage, once your candy has hardened and cooled completely, you will want to dust it with powdered sugar and break it into small pieces.

Then transfer the candy to an airtight container and store it in a cool dry location.

Parchment paper. If you line your storage container with parchment paper before adding the cinnamon candy, this will help to absorb any unwanted moisture and keep it fresh longer.

Can you make other flavors of rock candy?

Absolutely! You can definitely make your hard candy in other flavors if desired. Instead of using cinnamon oil, you can simply substitute it for other consumable flavored oils, or extracts such as peppermint and vanilla. There are no limits to what flavors you can make the hard candy.

How do you make hot cinnamon candy?

The heat factor in your cinnamon candy is determined by how much cinnamon oil is included. To make hot cinnamon candy you can simply double the amount of oil included in this recipe. This will provide you with a much hotter and spicier treat.

Old-fashioned cinnamon candy is surprisingly easy to make. The key to success lies in stirring the sugar mixture often and making sure that the mixture reaches a warm enough temperature. As long as these two are met, making cinnamon candy is very easy, and fun to do.

We hope that you give this recipe a try and let us know what you think! We enjoy making this cinnamon candy no matter what time of the year it is and hope you will enjoy it too. 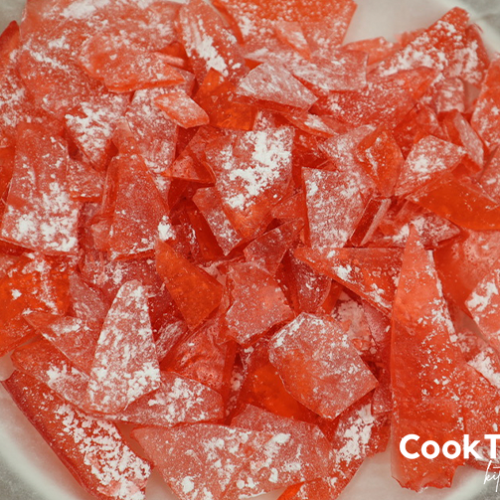