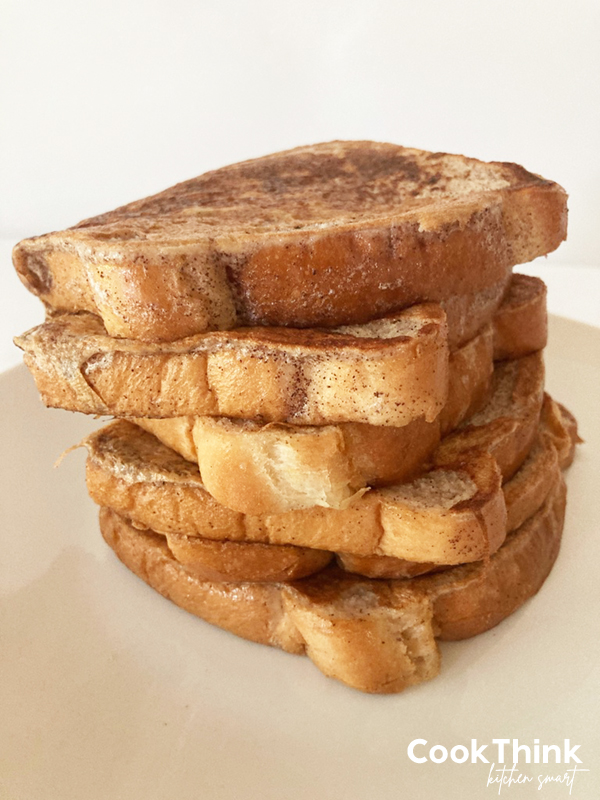 If you’re reading this recipe, you are likely interested in gaining muscle and strength and in order to do that you consume high quality nutrients, especially protein. Eating Anabolic French Toast is one of the quickest and easiest ways to do that.

Did you know that Olympic weightlifters have long used Anabolic French Toast to gain strength rapidly? It is a wonderfully versatile recipe for variations and toppings. It’s also easy to prepare and is made from ingredients found at home.

In the United States French Toast is served as breakfast or brunch but in other countries it can be served for dessert. And I can understand why, since it’s such a sweet and delicious dish.

Anabolic French Toast can be stored in the refrigerator for up to 4 days, sealed in an airtight container. Wait to apply the syrup right before the French Toast is served to prevent it from becoming soggy.

It can be frozen for up to 3 months in an airtight container. Again, it’s best to wait and add the syrup until right before it’s served, or the French Toast will become mush.

What Type of Bread Do You Use To Make French Toast?

There are so many kinds of bread to choose from. You can use whatever kind you like best. Consider a bread with lower calories. But otherwise, just choose a bread that is soft and can do a great job sopping up the egg whites and not be too chewy or tough.

French toast can be made in so many ways. For classic French Toast, use a loaf of white bread that is a little bit older, but not stale. This will allow its sopping capabilities to skyrocket. So, the most common kind of bread is white bread. However, French bread, Challah, Brioche or Croissant bread are other great options.

Gluten Free or Other Bread Options

There was a time in my life where my body was having trouble with gluten and I chose to eat gluten free for a few years until the issue seemed to resolve. So I understand somewhat the importance of having a gluten-free option available. If you want to make Anabolic French Toast gluten-free, the only thing that needs to be changed is the bread. Everything else is naturally gluten free. Just use your favorite gluten-free bread.

What Makes French Toast So Filling?

The thing that makes French toast so filling is that it is high in protein and lower in sugar and carbohydrates. This makes it slower to digest and keeps you fuller longer.

How To Prepare High-Protein French Toast

Here is a shopping list of the items you’ll need to make this great high protein, bodybuilding French toast.

How To Make Anabolic French Toast

1. If using real eggs, separate the egg whites from 8 eggs. Blend together with cinnamon and low-calorie sweetener until fully combined.

2. Soak each of the slices of bread in the egg mixture one by one.

3. Place them on a baking sheet and bake at 350F for 15 minutes. Or place on a griddle and cook on medium heat. Turn the pieces over once the initial side is done. Cook until heated through.

If you’re looking for a way to change things up, why not try Anabolic French Toast Sticks? It’s all the same except the slices of bread can be cut into strips or sticks.

1. Separate the egg whites from 8 eggs. Blend together with cinnamon and low-calorie sweetener until fully combined.

2. Using a sharp knife, carefully cut each slice of bread into 3 sticks. Soak each of the sticks of bread in the egg mixture.

3. Place them on a baking sheet and bake at 350F for 15 minutes. Or place on a griddle and cook on medium heat. Turn the pieces over once the initial side is done. Cook until heated through.

Making Anabolic Kitchen French Toast Pancakes is very similar to Anabolic French Toast.The main difference is you put everything in the blender and then pour it into the pan and cook like a pancake.

Put all the ingredients into a blender and blend thoroughly. Pour into. A greased pan on a medium low heat. Flip to cook the other side and let cook to desired doneness. Serve and enjoy.

Another recipe variation to Anabolic French Toast is to make it into a casserole bake. Here’s how to do it.

If you’re wondering what to do with leftover hamburger buns, we’ve got a solution for you. You know the saying “waste not, want not”? This recipe can fall into that category. Simply substitute hamburger buns in place of the bread and you’re in business. Hamburger Buns French Toast can be made anabolic or regular. Since this post focuses on Anabolic French Toast, here’s how to make the anabolic version.

1. Separate the egg whites from 3 eggs. Blend together with cinnamon and low-calorie sweetener until fully combined.

2. Soak the bun halves in the egg mixture.

3. Place them in a preheated skillet over medium heat. Turn the pieces over once the initial side is done. Cook until heated through.

You might be wondering how can vegan French Toast be a thing? Well, actually it just is. It’s not made with eggs of course, but instead uses Almond Milk. And if it uses almond milk instead of the protein factor of the eggs, it’s no longer anabolic. So, we won’t spend much time on it here other than to say that it is indeed possible to make a form of French Toast or a resemblance of it that is vegan.

Toppings for Anabolic French Toast are endless. Blueberries are a great choice because of the antioxidants they provide. Any kind of berry such as strawberries, raspberries add a delicious pop of color and flavor. Also, items like peanut butter and almonds, pecans, and cashews give extra protein. Real whipped cream is a delicious possibility too. What are your favorite toppings?

Is this recipe easy to cook? Yes. We think so. It can be prepared in about 10 minutes and cooked in just 10 minutes.

How Was The Taste?

Do you like the flavor? We think it’s pretty good. If you try this recipe, please let us know what you think in the comments below.

Are You Going To Have It Again?

Just like an old friend, we tend to return to recipes that we love and enjoy. We hope that this is one of those for you and that it serves your purposes well. 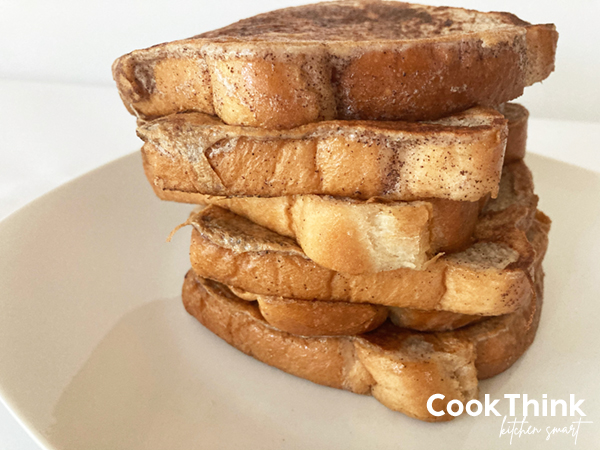