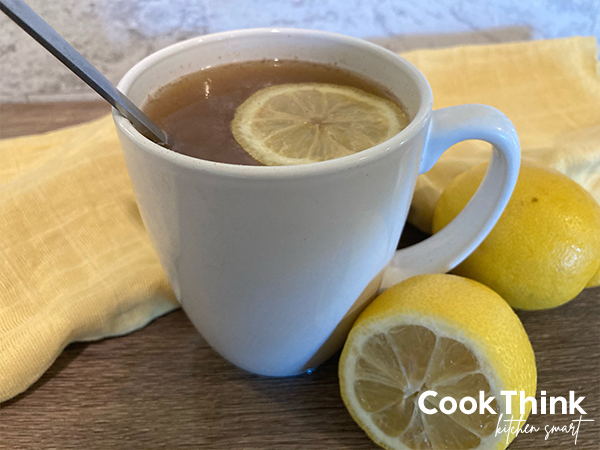 There are two main purposes for an Alfalfa Tea Recipe. First, it is created as a beverage that can be consumed by humans with the goal of improving overall health as well as arthritis and rheumatism. And second, Alfalfa Tea Recipe, using the same name, but creating a different mixture can be used for gardening fertilizer purposes to vastly improve the growth of seedlings and garden plants such as roses and general garden plants.  We will cover both.

The Value of Alfalfa

The consumption of alfalfa has been shown to help lower cholesterol and is thought to assist with benefits of blood sugar management in slowing the absorption of glucose. It has high levels of antioxidants. Alfalfa consists of the following vitamins and minerals:

Alfalfa can be found in many forms such as seeds, fresh sprouts, dried leaves and powder. Alfalfa tea is a popular form of the plant.

Alfalfa tea recipe is thought to be good for arthritis and rheumatism, among other things. It is made from alfalfa seeds.

Alfalfa is considered an herbal supplement which can be used for benefits such as treating asthma, diabetes, arthritis, high cholesterol, indigestion, and getting rid of kidney stones.

Side Effects of Drinking Alfalfa Tea

When choosing to consume alfalfa tea, you’ll want to use caution and be careful to not consume too much, as with any item. If using alfalfa as a supplement, be sure to contact your healthcare professional for recommended instructions.

Ingredients You Will Need:

Directions: How To Make It

1. Place water in a saucepan and heat until it boils.

2. Add seeds and simmer for 30 minutes with the lid on.

3. Strain and squeeze seeds removing all the liquid.

5. Serve and enjoy. Store any leftovers in the refrigerator.

Following are questions that are asked frequently about Alfalfa Tea Recipe.

Alfalfa tea is made from alfalfa seeds steeped in water and flavored with honey for a sweet taste. It can be consumed for enjoyment or as a purposeful supplement for health reasons.

Should You Grow Your Own Alfalfa?

To grow your own alfalfa, you’ll need a glass jar with a sprouting lid, some alfalfa sprouting seed mix and water. To sprout your seeds, soak them in water for a few hours, then drain the water. Place the jar on its side and rinse the seeds 2-3 times a day. Once the sprouts are done growing, transfer them to a large bowl and rinse with cold water. The seeds are best used right away but can last up to 5 days.  Don’t use them if they seem slimy or smell strange.

Below is another recipe that includes alfalfa tea.

Pregnancy tea is another tea recipe that calls for alfalfa, along with other nourishing herbs.

Be sure to check with your healthcare provider as to the quantity of tea that is right for you.

Buying Your Herbs From a Quality Source

When purchasing herbs, it’s best to get them from a quality source. For some, this could mean forging your own. If you have property, you’ll likely be able to find these herbs growing in the wild.

Red raspberry leaf has been thought to improve metabolism and overall health. They contain vitamin A, vitamin C, vitamin E and vitamin B.

When sourcing nettles or working with them, be careful of their sting. In springtime when they’re young, green wild nettles are plentiful.

Oatstraw is rich in calcium and magnesium and was traditionally used in Europe for health, beauty, and emotional resilience.

Alfalfa leaf is a restorative herb that is high in Vitamin K and supports healthy circulation.

Lemon balm and rose hips can be used to provide a more flavorful tea. Since this tea can present itself as dark, these additional ingredients are a welcome addition to lighten the flavors.

Other Uses for Alfalfa

There are many uses for alfalfa in cooking as well as in gardening. Next, we will look at alfalfa for use in Gardening. We’ll see how Alfalfa Tea Recipe, same name but different mixture, is used as a fertilizer for garden plants.

Garden Tea Party: Give Your Seedlings and Roses a Boost With this Easy Alfalfa Tea

The use of gardening alfalfa tea can be of significant benefit to seedlings, roses, and general garden plants.

Alfalfa tea is considered to be a natural flower booster. Dry alfalfa is a good source of slow-release nitrogen for plants, but letting alfalfa steep in water allows it to ferment first and modifies it as a fast acting nitrogen source.

Organic alfalfa meal is known by gardeners as a wonderful natural fertilizer for plants that are in bloom. It helps flowering perennials and shrubs to bloom faster and longer during the season.

Place about 1 pound of chopped alfalfa hay from the bale into a 5 gallon bucket. Add about 5 gallons of warm water. Let the tea steep for 7-10 days. The longer you allow it to brew, the stronger the nutrients become.

How To Use Alfalfa Meal As a Soil Amendment & Compost Activator

The most basic way people use alfalfa meal in their gardens is as a soil amendment. You can apply it by hand and broadcast it around your garden, allowing the rain and microbes mix it in. Or you can till or mix it into the soil by hand or with gardening tools.

Organic Alfalfa Meal Vs. Non-Organic: Which is Better?

Whenever possible, we recommend using organic alfalfa meal. In recent years, there’s been a lot of concern over GMO crops. In a small quantity, this doesn’t necessarily pose a major issue, but over times, pesticides can build up and pose a problem for plant germination and growth in the soil. Therefore, we recommend going organic when you can.

How to Use Alfalfa Meal

The most basic way to use alfalfa meal is as a garden soil amendment. It can be dry broadcast or hand spread and tilled into the soil as a fertilizer.

WhereCan You Buy Organic Meal From Alfalfa for Plants?

Alfalfa meal can typically be purchased at home and garden stores as well as farm stores. It’s typically available in store or online.

How to Make Mesophilic Alfalfa Fertilizer

Use 100% alfalfa pellets and place into storage tub. Add a few handfuls of rich soil into the tub. Pour 4 ½ gallons of warm water into the tub and swirl the water around until it is evenly absorbed.  Cover with the tub lid and keep in a dry, warm location. Stir in about 8 hours and again in 24 hours. Do not allow the mixture to cake up.

A Recipe for Success: Serve Your Garden Some Alfalfa Tea

Serving your garden some alfalfa tea will help to boost the growth of your plants, help them to bloom longer, and will provide a balance to the soil.

An Elixir for Roses: Alfalfa Tea, It’s Tea Time For Your Roses

Using alfalfa tea on your roses every six weeks has proven to provide substantial results. It helps the leaves to become greener, the flower color is more vivid, and the growth is more vigorous. You can use about a gallon per rose bush about every six weeks.

Making Alfa Tea Recipe for your garden is simple and straightforward. All you need to do is purchase loose alfalfa, seep it in water for the specified amount of time and then drain out the liquid onto the soil in the desired location.

What Is Alfalfa Meal?

Alfalfa meal is a product of fermented alfalfa plant seeds. It’s light and airy looking like a powder and has a pleasant smell. It comes loose, in pellets or in cubes.

The main thing to watch for is the production of heat. Alfalfa meal worked into your planters can cause the soil to heat up. Being careful how the meal is applied as well as how much is applied can help to mitigate this problem.

Loose alfalfa meal is a powdered version that is convenient and ready to be mixed into your soil.

If rodents such as mice, rats and rabbits are a problem for you, you’ll want to use loose alfalfa meal worked into the soil. Rodents are typically attracted to pellets and cubed alfalfa meal.

Pelleted and cubed alfalfa meal is typically used as feedstock. If you dissolve these into water for soil use, there is a small chance that they’ll include seeds. If seeds begin to sprout, you’ll want to pull them out or turn them under the soil.

Make Your Own Organic Liquid Fertilizer

Making your own organic liquid fertilizer from natural ingredients can really help to boost your garden sprouts and plants without compromising the soil down the road.

Though alfalfa meal is typically sold as feedstock for animals, it can also serve a dual purpose to supercharge your soil as a fertilizer.

For improving overall health as well as arthritis and rheumatism.

When choosing to consume alfalfa tea, you’ll want to use caution and be careful to not consume too much, as with any item. If using alfalfa as a supplement, be sure to contact your healthcare professional for recommended instructions.
Tried this recipe?Please leave a message in the comment box below to let us know. Or post a picture on social media and mention @CookThink or tag #CookThink!
Share Email Pin Recipe

Find us on Social Media