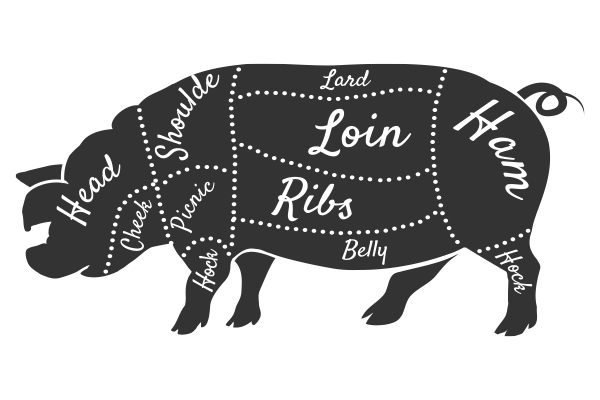 What does high on the hog mean?

Eating high on the hog is an idiom that means to eat luxuriously. This phrase literally comes from the hog. The phrase originated in the 20th century and came about because the people who ate the high cuts on the pig, which were also the best cuts, were the wealthy. The back of the pig and the upper legs were thought to be the most desirable and were the most expensive, eaten by the affluent.  On the other hand, the poor ate the belly and the trotters.

Example of use: “We aren’t as wealthy as the Joneses to eat so high on the hog and have prime rib for dinner tonight.”

Over time the phrase has come to mean eating well in a more general sense. To live high on the hog is to live very well or to prosper. And it can also refer to someone living extravagantly or beyond their means. The word “high” is referred in a positive light for other phrases too such as “high heavens”, “high table” and “high life”. It was thought to have been made popular in 1920 by The New York Times, blaming people who ate high up the hog to be the cause of the ever increasing inflation.