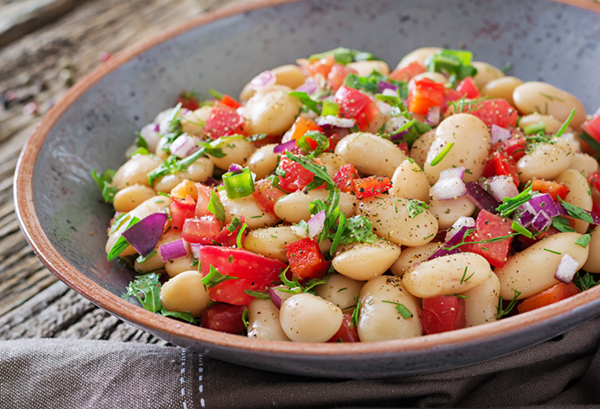 Cannellini, Great Northern and Navy are three popular types of white beans and in this article we compare them. One could confuse them as being the same. So, what’s the difference between them? Read on to find out more about white beans compared…

Cannellini beans are large white beans that have a traditional kidney bean shape. With a slightly nutty taste and mild earthiness, they have a relatively thin skin, with a tender, creamy flesh. They hold their shape well and are one of the best white beans for salads.

Navy beans are small, oval shaped white beans that cook relatively quickly (which, as Aliza Green notes in The Bean Bible, has made them popular with commercial baked bean manufacturers). Known as Boston beans, the white coco, pea beans or Navy beans are perfect for dishes that don’t need the full bean shape to shine: purees, soups, stews and baked beans are some of the frequent dishes.

Great Northern beans are smaller than cannellinis and and suitable for any number of uses such as salads, soups, stews and purees. Their texture is slightly grainy, with a nutty, dense flavor. Popular in North America, its namesake Great Northerns look like white baby lima beans.

It’s great to know the differences between the three and it’s worth paying more attention to them when you’re using dried beans. Truthfully though, when we use canned white beans, these three can almost always be used interchangeably when looking at kinds of white beans compared.