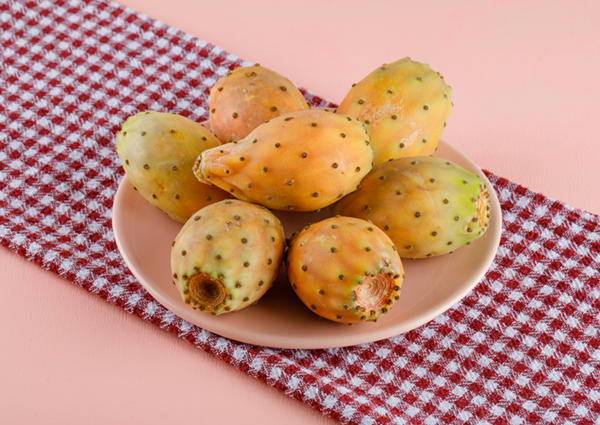 If you’ve done a search and landed here, chances are you’re wanting to know are there any foods that start with the letter X? Whatever your reason for learning more about foods that begin with the letter X, whether it’s to stump your friends or whether you’re gathering ideas for your child’s elementary classroom, we’ve got a good list for you that covers delicious dishes from around the world. Let’s look at all 31 foods that start with X.

Xavier Soup is a classic Italian soup that is similar to chicken dumpling soup. It’s made with a chicken stock base and dumplings are piped into it. This soup is loaded with delicious chicken and is topped with tasty herbs.

Xavier Soup is thought to be named after Francis Xavier who was a Roman Catholic missionary.

We would put Xanthan Gum under the category of ingredients that start with X. Xanthan Gum is commonly added to many processed foods that you buy at the grocery store.

Xiaolongbao or Xiao Long Bao are soup dumplings or a Chinese steamed bun. However, these shouldn’t be confused with an American style dumpling.

They are traditionally filled with pork and are usually eaten for breakfast. Its meaning refers to “small basket buns” that originated in Jiangsu province, China.

Xinomavro Grapes are the main red wine grapes grown in the uplands of Greece. They’re known for their dark red skin as well as their flavor.

The name itself comes from the words acid and black, though it’s usually translated as black and sour.

Xylitol is often used in foods as a natural sugar substitute that is estimated to have 40% fewer calories. It’s sometimes referred to as sugar alcohol.

It is an ingredient that’s present in many products and foods for human consumption.

Xacuti or sometimes referred to as Xacutti, is a curry prepared in India. It includes a rich array of spices such as coconut pieces, white poppy seeds, and large dried chilies.

It typically includes a protein such as chicken, lamb, or beef. It can be served with freshly cooked fish or chicken.

Ximenia Caffra is also known as a sourplum. It’s a fruit that’s grown in tropical regions of Africa, on a small tree or shrub.

The Ximenia Caffra fruit has a generally sour flavor with a dry after taste. These fruits have a large amount of potassium.

Xylocarp is a classification of fruit such as a coconut. It’s classified according to its hard woody exterior and protective shell-like skin.

In Chinese, Xigua means watermelon. Xigua is grown on a vine and is native to Africa. It’s widely cultivated for its large edible fruit. The fruit has a hard green rind and sweet, pink, or reddish watery flesh.

Xavier Steak consists of steak cooked to your desired perfection and is topped with fresh asparagus spears and melted Swiss cheese. The asparagus and steak are typically seasoned and cooked together for delicious flavor. Then add the cheese and allow it to melt before serving.

There are a few desserts that start with an X and Xylocarp cupcakes are a popular way to serve xylocarp. Afterall, who doesn’t like cupcakes. Mix in coconut flakes or shredded coconut into your favorite cake recipe for a delicious outcome.

Remember, xylocarp is a classification of fruit such as a coconut that has a hard woody shell.

Xoconostle is another name for the prickly pear cactus species. The acidic fruit of this cactus is edible by human consumption. There are many Xoconostle recipes.

One of the most popular recipes is Xoconostle salsa. This salsa is traditionally made with Xoconostles, chiles, onion, garlic, and salt.

Xanthia is not a food, but rather is an alcoholic drink. It’s made as a cherry brandy-based bar favorite traditionally made with equal parts of gin, yellow chartreuse, and xanthia cherry brandy.

Xnipec is thought to come from they Mayan words “ni” (nose) and “peek” (dog), referring to a dog’s wet nose, since this recipe is so hot that it will make your nose sweat like a dog.

Xiaodianxin are eggless Chinese butter cookies. They’re usually made for the lunar New Yar to bring good luck. They can be made with butter, sugar, flour, cornstarch, and milk.

They are shaped by running the dough through a piping bag or cookie press.

Xalapa Punch is an alcoholic beverage made with rum, brandy, and red wine. Its flavor is highlighted with heated orange rinds and black tea. It’s made by adding hot water to the tea and allowing it to brew for at least 5 minutes.

Next, orange rind is added while the mixture cools. Sugar is added along with rum, red wine, and cavados.

Dried shrimp is a common ingredient in Asian food. In Chinese, dried shrimp is generally referred to as Xia Mi. It is used in a variety of dishes from soups, to vegetables, to dumplings and more.

XO Sauce originated from Hong Kong. It’s made from dried seafood such as dried shrimp and dried scallops. It also includes Jinhua ham, chili, oil, garlic and shallots. It’s considered to have a umami flavor and bold taste.

In Taiwan, grass jelly is known as Xiang Cao. It has a mild, slightly bitter taste and can be served chilled with other fruit or in drinks such as bubble tea.

Grass jelly is made by boiling stalks and leaves of Chinese mint with potassium carbonate and making a jello like structure when it’s cooled.

Xi Gua Lao is commonly prepared using watermelon, cherries, sugar, vanilla, and agar. Watermelon is crushed to get the juice out of it, then the mixture is boiled to a syrup and chilled until it reaches a thick, jello like structure.

It’s served cold. You might say it’s a fun food that starts with X.

Beverages that start with an X include xocolatl. The word chocolate is derived from the word xocolatl, coming from the words “xococ” meaning sour or bitter and “atl” meaning water or drink.

Xocolatl is a form of modern hot chocolate like what the Aztecs enjoyed. It’s quite bitter and spicy in flavor.

This mixture is cooked to perfection and then chilled in the refrigerator. It is generally served cooled. Xampinyons en salsa is one of those great vegetarian dishes that start with the letter X.

Xoi is a side dish made from sticky rice. It’s popular in Vietnam and has as many variations as you can imagine. It can be found in places from street vendors to high end restaurants.

It can be eaten as a breakfast food or on the go snack. Xoi is a popular one when it comes to dinner foods that start with X.

Xiangjiao is the Chinese word for banana. Bananas are one of the most popular fruits in America and according to botany, a banana is classified as a berry.

Bananas are delicious eaten plan or they go well in many recipes and baked goods. It’s a great one for foods that start with the letter X for kids.

In Vietnamese Xoài means mango. Mangoes are just as diverse as apples. There are hundres of varieties of them around the world. According to botany, a mango is considered a drupe because it has an outer skin, fleshy edible portion and a central stone which consists of a single seed.

Mangos are delicious when eaten plain or used in a variety of recipes. For more information about how to tell if a mango is ripe and how to cut a mango, read our post here. We like Xoai for foods that start with the letter X for snack.

Xingren Donfu is a soft, sweet food eaten as a dessert. It’s made from almond milk, agar, sugar, gelati. And it deliciously melts in your mouth when consumed.

Xia simply means shrimp in Chinese. And you know that shrimp is used in a wide variety of dishes and cuisines.

Xiphias is swordfish. Xiphias are delicious when fried, baked, grilled, and seasoned with your favorite herbs and toppings. Swordfish are found in tropical temperate oceans regions of the Atlantic, Pacific, and Indian oceans.

Xouba is a kind of fish from the sardine family. It’s considered a delicatessen from ancient tradition. Xouba can be used as a main dish, used in other dishes, and can be eaten raw, or eaten cooked.

There are a few fruits and vegetables that start with X . The unusual thing about Xilacayota Squash is that the ripened fruit can be kept for a very long time, including several years. The squash has a speckled green colored rind skin and is thought to be great in soup. Xilacayota squash can be classified as side dishes that start with X.

Thanks for taking the time to read CookThink. We’re grateful to have you along. 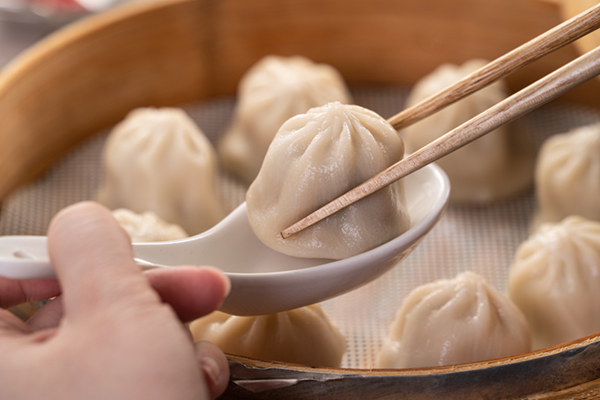 Foods that start with X