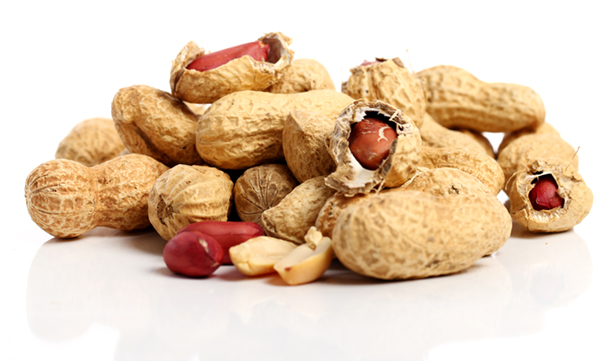 What are the best substitutes for peanut oil? We’ve included a list of our top 13 choices for high heat as well as neutral flavor.

What is Peanut Oil?

Peanut oil is a kind of vegetable oil that comes from peanuts and is also known as Groundnut oil and Arachis oil. It can be made from plain or roasted peanuts and is used for frying and flavoring foods.

What are the most popular uses of peanut oil? Peanut oil is most preferred for deep frying, and it has a high smoke point of 450F which makes it a good solution for frying.

Peanut oil comes in different varieties such as refined, unrefined, roasted, and other options and can be used to add flavor, a stronger flavor than regular peanut oil.

Why Use a Substitute for Peanut Oil?

There are various reasons for replacing peanut oils with other oils. Some of those reasons include:

Peanut allergies. If you or someone who gathers around your table has peanut allergies, you’ll not want to cook with peanut oil as it could cause serious outcomes for the person with the dietary restrictions.

All out. Have you run out of peanut oil and do not have more of a supply available to you? This can be a good reason to use a substitute for peanut oil.

Expensive. Peanut oil tends to run on the pricy side compared to the alternatives. So, finding a more economical solution can be a reason for substituting peanut oil.

Below is our list of our top recommended peanut oil substitutes as well as the benefits of each one.

Canola oil is extracted from the seeds of the canola plant. It is affordable and is considered a relatively safe solution for cooking oil.

It is low in saturated fat and has a high proportion of monosaturated fat which makes it a healthy and safe choice for cooking oils.

Safflower oil comes from the seeds of the safflower plant. It’s rich in unsaturated fats. It’s traditionally used in high heat cooking, such as frying.

Some research suggests that safflower oil could have some health benefits.

Sunflower oil is pressed from the seeds of sunflowers. It is commonly used in food preparation as a frying oil. The oil is a rich source of vitamin E.

Sunflower oil can be extracted using chemical extraction as well as cold press manually pressing out the oil.

Olive oil, considered a healthy oil, can be used as a substitute for peanut oil, but you will want to note its lower smoke point for deep frying purposes.

Also, olive oil has more of a distinct flavor than peanut oil does. And the flavor will be evident in the food preparation it’s used for.

Corn oil is also known as maize oil because it’s extracted from the germ of corn. It’s known for its high smoke point properties and is an economical solution for deep frying. Corn oil is a viable substitute for peanut oil.

People with nut allergies should avoid consuming plain old almond oil.  However, some might be able to consume refined almond oil.

Grapeseed oil is made from the oil from grapeseeds.

It’s good for frying, sautéing, pan-frying, and stir fry.  Grapeseed oil tends to be a bit more expensive than some of the other substitutes for peanut oil so if cutting cost is your reason for a replacement, then grapeseed oil might not be your best bet.

Vegetable oil is commonly known as a blend of oils that’s commonly used in home cooking. It is an inexpensive option and has a smoke point that’s decently high.

Vegetable oil is nice for a variety of uses because it has a neutral flavor and doesn’t leave an after taste in whatever dish it’s used in.

Walnut oil can be used in place of peanut oil in a pinch.  With it being a nut oil, depending on the variety, caution should be used for those with nut allergies.

We also need to point out that the smoke point for walnut oil is relatively low so it’s necessary to be careful if the intended use is for deep frying.

Though rice bran oil is not as commonly used, it is really quite versatile andis great because its subtle taste of flavor doesn’t overpower the dish that it’s used in. It also has a high smoke point, making it a good replacement for peanut oil.

Avocado oil’s claim to fame is that it has the highest smoke point for all vegetable based cooking oils, making it safe for high heat cooking.

Choose a light, untoasted sesame oil to use it in much of the same way as you would canola oil, sunflower oil, or vegetable oil. It has a slightly nutty but mostly neutral flavor, and it’s great for its high smoke point.

There are different kinds of peanut oil that can be used for different purposes. Following are some of the various varieties and their uses.

Cold Pressed Peanut Oil. Cold pressed peanut oil is made at room temperature by the use of a machine that manually crushes the peanuts and causes the oils to ooze out.

Refined Peanut Oil. Refined peanut oil has been processed to remove any allergenic parts of the oil. It typically makes it safe for those who have peanut allergies and is used by restaurants to fry foods like chicken and French fries.

Roasted or Gourmet Peanut Oil. Roasted or gourmet peanut oils are strongly flavored and are usually used after the dish has been cooked. They’re added as a sauce or dripped into the dish for flavoring.

Peanut Oil Blends. Peanut oil blends are created by being mixed with safflower or soybean oils. Blends are good for deep frying in bulk because it helps to minimize the cost of the oil.

Following are frequently asked questions that relate to substitutes for peanut oil. If you have. a question that’s not answered here, please drop it to us in the comments box below and we’ll be happy to answer it.

Can I substitute vegetable oil for peanut oil?

Yes, you can use vegetable oil as a substitute for peanut oil as a one-to-one replacement. They can be used interchangeably and have characteristics that are similar to one another. Vegetable oil is quite a more economical option, especially when using larger quantities.

Yes, you can use avocado oil as a replacement for peanut oil, and it has a high smoke point of approximately 520F degrees.

Can I substitute corn oil for peanut oil?

Corn oil is very affordable and is usually readily available. Corn oil can be a good alternative to peanut oil.

Yes, peanut oil can go bad. When it’s unopened it can last about 12 months.  However, if it’s already been opened, it will only last about 6 months.

What is groundnut oil?

Groundnut oil is the same as peanut oil.  It’s another name for it and is made from peanut plant seeds. It’s commonly used in baking and frying

What is a smoke point?

The question is asking exactly what you might guess. At what point does an oil or butter reach a temperature that causes it to begin smoking, which is followed soon after by a fire.

Resource: What is an Oil’s Smoke Point?

What happens when oil is too hot and starts to smoke?

When oil is too hot and starts to smoke it burns and potentially cause a fire. It also can emit toxic fumes that are harmful if breathed.

Can I buy unrefined peanut oil?

Yes, unrefined peanut oil has somewhat of a nutty flavor and is used for finishing dishes or is sometimes blended with cheaper oils.

What about roasted peanut oil?

Roasted peanut oils are known for their more robust peanut flavors and are usually used just for flavoring after the cooking has been done.

What temperature does oil need to be for deep frying?

Generally speaking, deep frying recipes call for oil that’s between 350-375F degrees. Although this can be adjusted based on the oil used and that oil’s smoke point.

What are the health benefits of peanut oil?

Like all other foods, eating peanut oil in moderation is best. However, there are some potential health benefits that can come from consuming peanut oil as follows:

Below is our list of our top recommended peanut oil substitutes as well as the benefits of each one.
Print Recipe
Prep Time 5 mins
Total Time 5 mins