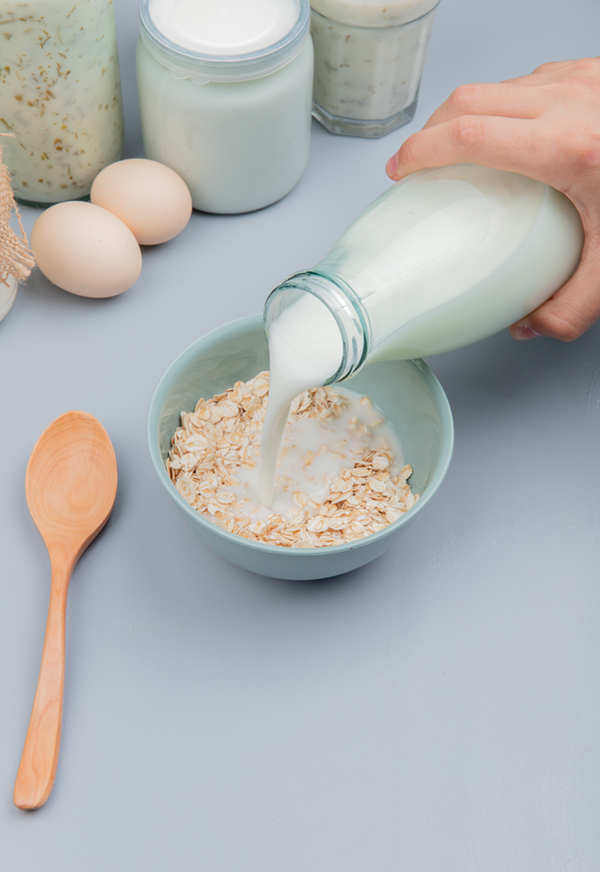 Should you Freeze Almond Milk?

The answer to the question should you freeze almond milk will be determined by how you plan to use the almond milk and for what purpose after it’s been frozen.

If you want to use almond milk to drink, you might not want to freeze it. It will separate after it thaws, but we have a fix for that.

But, if you can use your almond milk in smoothies or cooked dishes, then yes, by all means, freezing it can be a great solution.

How to Freeze Almond Milk

Freezing almond milk is quite straight forward. If you are concerned about your almond milk going bad before it’s used, freezing it could be a good solution to allow you to lengthen the use of it.

Follow our step-by-step instructions below for how to it in an ice cube tray or how to freeze it in a container.

Following are our two recommended methods for freezing almond milk. They both work well and it’s a matter of preference and how you intend to use the almond milk as far as which method you choose.

Freezing in an ice cube tray allows portions to be pulled out of the freezer at a time, without having to thaw the whole batch. Whereas, freezing in a container basically requires the whole batch to be thawed to use any portion of it.

To freeze almond milk in an ice cube tray, pour it into the ice cube compartments, leaving a little room at the top for expansion when the liquid freezes.

Transfer the trays to the freezer finding a level place to store them. After the cubes are frozen solid, remove them from the ice cube trays and put them in a sealed zipped freezer bag for up to 6 months.

This will help to keep them from becoming freezer burnt and other food flavors that are present in the freezer from becoming infiltrated into your almond milk ice cubes.

Freeze Almond Milk in a Container

To freeze almond milk in its original packaging or in any airtight container, leave some space at the top to allow for room for expansion when the liquid freezes.

Almond milk contains a fair amount of water which expands when frozen. Make sure the lid is tightened all the way or the container is sealed before placing it in the freezer.

How Long Can You Freeze Almond Milk?

Almond milk should be used within 6 months of the date it’s put in the freezer to be frozen.

How to Thaw Almond Milk

Now that you know how to freeze it, you’ll want to know how to thaw it. There are three main options for thawing almond milk as follows.

In the fridge. You can thaw your almond milk by leaving it in its frozen container and transferring it to the refrigerator and leaving it there overnight.

On the stovetop. Remove your frozen almond milk from the packaging or container and warm it in a saucepan over medium low heat until it’s thawed.

If it’s challenging to remove the frozen block from its container, you can leave it in the container in the saucepan and add water in the pan to transfer heat to the container to help it thaw.

As we’ve mentioned, the texture of almond milk changes after it’s been frozen, so you’ll want to have a specific purpose in mind if you intend to freeze it. Here are some recommendations for uses for frozen almond milk.

Texture changes tend to not be as noticeable when cooking with almond milk that’s been frozen. After your almond milk is thawed, the texture won’t be the same and there will be a slight flavor difference.

To thicken almond milk, heat it in a saucepan on the stovetop until it reaches a coffee creamer consistency.

What is Almond Milk?

Almond milk is a milk like product that’s manufactured from water and almonds and is sometimes made to taste like cow’s milk, though it’s a plant-based product. Almond milk is lactose free, cholesterol free, and is low in saturated fats.

The health benefits of consuming almonds can include incorporating healthy fats, vitamins, minerals, helping to improve good cholesterol and decreasing bad cholesterol, the valuable calcium in almond butter, improvement of bone health, a good appetite, and the fact that almonds are good for skin health.

Why You Should Freeze Almond Milk

Almond milk has a window of freshness of about 7-10 days when it’s stored in the refrigerator. You should freeze it to lengthen its shelf life. By freezing it, you can increase its shelf life to up to 6 months.

How to Tell if Almond Milk is Spoiled

If your almond milk shows any of these signs, you should not risk consuming it and should throw it away. Eating food or drink that has gone bad has the potential of causing food poisoning or serious illness.

Following are frequently asked questions for can you freeze almond milk.  If you have a question that’s not answered here, please drop it in the comments box below and we’ll be happy to answer it.

Can you freeze frozen almond milk?

Yes, you can freeze both homemade or store bought almond milk. You’ll want to blend it after freezing it as it will be separated.

Can you freeze almond milk yogurt?

You can freeze almond milk yogurt if you choose to. However, it will separate after thawing. We only recommend using it for smoothies, baking, cooking or dishes where the altered texture won’t be as noticeable or matter.

Can you freeze Alpro almond milk?

If you read the milk carton packaging, you’ll notice that the Alpro brand doesn’t recommend freezing it, but don’t let that stop you. It’s fine to freeze it, but you’ll want to know that you’ll need to toss it in the blender to mix it up after it thaws because it will separate.

Can you freeze almond milk to make ice cream?

We recommend thawing your almond milk and then blending it well when using it to make ice cream.

Can you freeze almond milk for smoothies?

Can you freeze almond milk in the carton?

To fix separated thawed almond milk, you’ll want to transfer it to the blender and blend it for about 30 seconds.

How long will the thawed almond milk last?

Thawed almond milk will last about 3-5 days after it’s been frozen, and about 7-10 days if it’s fresh.

What changes does almond milk go through while freezing?

When freezing almond milk, the water and almond separate, so you’ll need to blend it in the blender to pull it back together.

When to freeze almond milk?

If you want to keep almond milk longer than its refrigerator shelf life, you’ll want to freeze it before it goes bad.

How long does almond milk last?

Can you freeze almond milk creamer?

Yes, you can freeze almond milk creamer, but you’ll likely want to blend it in the blender after it thaws to reduce the separation that occurs while freezing it.

Can you freeze almond milk for popsicles?

Can you freeze almond milk into ice cubes?

Sure, you can pour almond milk into ice cube trays to freeze. Then, after they’re frozen, you’ll want to transfer the cubes to a zipped freezer bag for long term storage.

Almond milk ice cubes are great to use in smoothies. No need to thaw them first, just transfer them directly from the freezer to the smoothie blender.

Yes, you can freeze almond milk cream cheese. Just place it in the freezer in its original packaging or use an airtight container or zipped freezer bag to freeze your cream cheese.

To make the almond butter, toast the almonds in a 350F degree oven for 10 minutes. Then, blend all the ingredients in a food processor or blender until a smooth buttery paste forms. 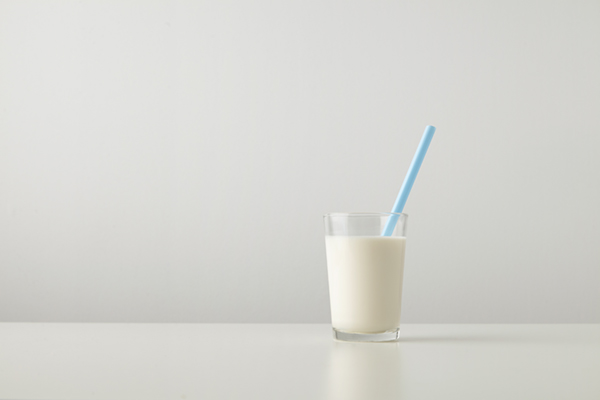 How to Freeze Almond Milk

Freeze Almond Milk in a Container

How Long Can You Freeze Almond Milk?
Almond milk should be used within 6 months of the date it’s put in the freezer to be frozen.
Tried this recipe?Please leave a message in the comment box below to let us know. Or post a picture on social media and mention @CookThink or tag #CookThink!
Share Email Pin Recipe