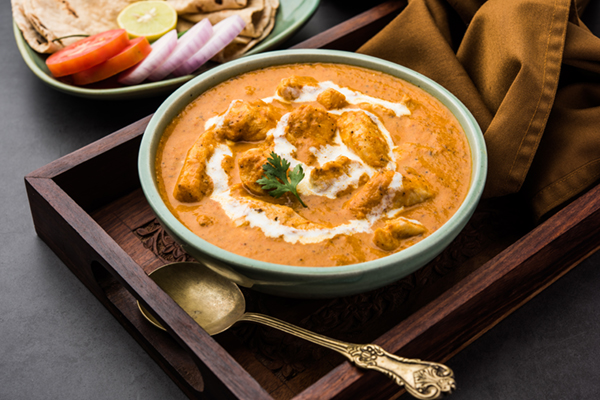 If you’ve never had the opportunity to try delicious ethnic cuisine such as Butter Chicken or Tikka Masala, you’re in for a treat. And there can be considerable confusion between the differences of Butter Chicken vs Tikka Masala. Are they the same? No.

Not sure which one to order at a restaurant? We’ll help you decide from our quick comparison below.

What is Butter Chicken?

Butter chicken is a dish that originated in India. It consists of marinated chicken covered in a rich sauce made from butter and tomato, along with delicious seasonings such as garlic, ginger, and others to add to the flavor.

Butter chicken is also known as “murgh makhana”. See our full recipe below for how to make it.

What is Tikka Masala?

Tikka Masala is similar to butter chicken in that it consists of marinated chicken served in a rich tomato-based sauce.

However, unlike butter chicken, Tikka Masala tends to focus more on the heat and spicy aspects of the dish. And the chicken pieces are grilled before being added to the tomato-based sauce.

Though the tendency is to think that Tikka Masala originated in India, some researchers beg to differ and acknowledge its British roots.

Butter Chicken Vs Tikka Masala: How Are They Different?

The difference between Tikka Masala vs Butter Chicken and their various aspects by comparison are listed below.

The color of butter chicken is lighter than Tikka Masala due to the presence of heavy cream which gives it a rich creamy flavor. On the other hand, Tikka Masala has a deeper red color because of the density of the tomato-based sauce.

The flavor of butter chicken is traditionally sweeter, with a rich creamy taste. And the flavor of Tikka Masala is known for its hot, spicy flavor in a dense tomato-based sauce.

A hint of a sweet flavor is present in butter chicken, while it is absent in Tikka Masala.

Chicken thighs are used in both butter chicken and Tikka Masala. We recommend making them both with skinless, boneless chicken for the best experience.

The focus of the flavor of Tikka Masala is a hot, spicy flavor while a creamy flavor is present in butter chicken.

Which Dish is Healthier?

Perhaps you’re questioning whether butter chicken vs tikka masala is healthier. And if that’s the case you’ll want to know that they can both be high in calories, ranging between 400-500 calories per serving.

However, to decrease calories higher fat ingredients such as heavy cream, full fat yogurt, and butter can be substituted for lesser calorie ingredients.

Tikka Masala was not an Indian original dish, but rather it originated as a British dish. When served with naan bread, it has become the Indian equivalent to pizza in America.

How to Make Butter Chicken

Butter chicken is a delicious dish that focuses on sweet aspects and is somewhat like a curry.

You might be wondering, what are the ingredients of butter chicken? We’ve included a recipe below for your reference. In butter chicken, chicken is cooked in a buttery tomato-based sauce.

Even if you’re not into spicy foods, you’ll want to give butter chicken a try. It’s not focused on heat and spicy flavors like Tikka Masala is.

There’s nothing like a fresh, homemade batch of butter chicken. Here’s what we think is the best recipe.

Transfer chicken in marinade to a frying pan on the stovetop. Cook all the way through until the internal temperature of the chicken reaches 165F degrees.

Add curry sauce ingredients and heat until mixture is warm and thickened. Serve with rice if desired, and enjoy.

How to Make Tikka Masala

Below we’ve included step by step instructions for how to make Tikka Masala.

What are the Ingredients of Chicken Tikka Masala? It consists of a marinade for the chicken and then hot spices that flavor a tomato-based sauce.

We’re sharing a delicious recipe for Tikka Masala below.

Whisk together the marinade ingredients. Add the chicken to the mixture and place it in an airtight container in the refrigerator for at least 3 hours, or up to 24 hours.

Prepare sauce by adding the sauce ingredients to a Dutch oven and cooking over medium heat on the stovetop until it begins to boil. Reduce heat and let simmer for 30 minutes.

Allow the sauce to cool, then transfer to a blender. Blend the mixture until smooth.

Cook chicken until done and the internal temperature reaches 165F degrees. This can be done in the oven using a broiler, or on a grill.

Transfer the chicken to the sauce and serve with cilantro as garnish on top of rice, if desired.

Following are frequently asked questions that relate to butter chicken vs tikka masala. If you have a question that’s not answered here, please drop it to use using the comments box below and we’ll be happy to answer it.

Is Masala an Indian curry?

No, they’re not the same. There is a difference between masala and Indian curry. And this can be confusing for those who aren’t familiar with Indian cooking.

Can I make butter chicken?

Yes, you can make butter chicken. Just find yourself a solid recipe and have at it.

Just like any cuisine, Indian foods can be saturated with fats and other unhealthy ingredients. A good reminder is to take everything in moderation, especially foods that are not healthy for us.

No, we tend to be cautious of foods that are spicy, but butter chicken is not one of them. If you’re cautious of spicy foods too, you need not worry in this case. 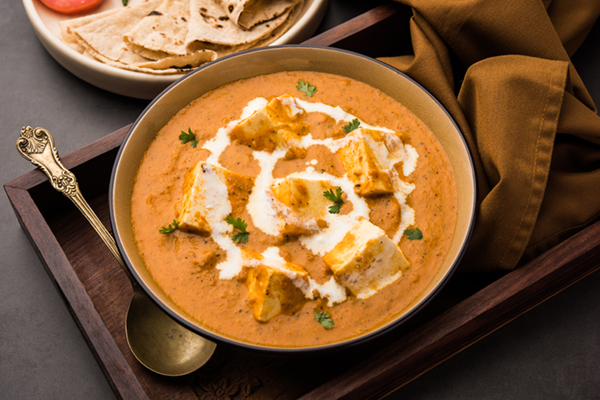