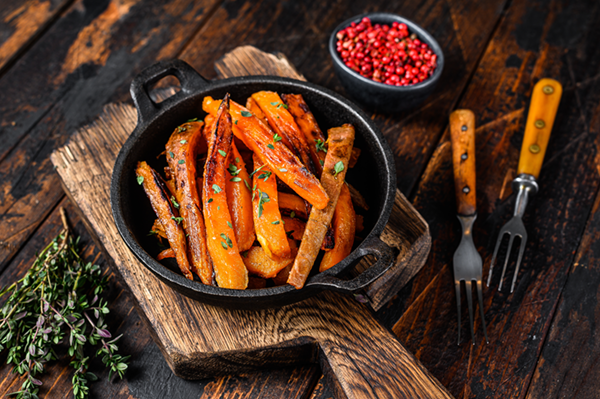 Yam Vs. Sweet Potato: What’s The Difference?
It seems that the words yam and sweet potato have started to be used as interchangeable terms, as one-in-the-same. But are they actually being used correctly? Aren’t yams and sweet potatoes different? Or are they? In this post, we’ll give you the details. Read on to learn more.

So, what’s the difference between a yam and a sweet potato? At most grocery stores, absolutely nothing. It’s all phony. Most yams that you see in American supermarkets are actually orange fleshed sweet potatoes. The reason for the name mix up, according to Sweet Potatoes author, Mary Frances Heck stems from the 1930’s when Louisiana farmers referred to their sweet potato crop as yams in order to differentiate them and the term stuck.

Which Is Healthier A Sweet Potato Or A Yam?
Both sweet potatoes and yams are health foods to eat. But, the nutrition scale certainly tips to the sweet potato as being the more nutritious choice of the two. It is packed with and has more fiber.

Despite their differences, commonly available varieties of both sweet potatoes and yams are fairly similar in taste and texture, you can generally use them interchangeably in recipes.